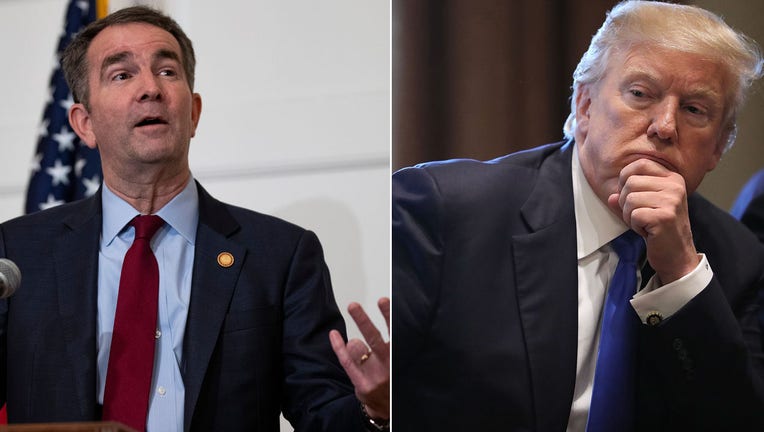 RICHMOND, Va. (FOX 5 DC) - President Donald Trump and Virginia Governor Ralph Northam engaged in another verbal exchange this week – with the governor taking a shot at the president’s admission of taking the controversial drug hydroxychloroquine.

According to The Hill, President Trump fired the first shot across the bow during a White House event on Tuesday.

"I grew up on a Virginia farm, Mr. President — our potatoes are fine. And as the only medical doctor among our nation's governors, I suggest you stop taking hydroxychloroquine. Let's all get back to work.”

On Monday, Trump said that he is taking hydroxychloroquine and a zinc supplement daily to lessen symptoms should he get the coronavirus, even though the drug is unproven for fighting COVID-19.

In January, Trump weighed in on a massive pro-gun rally that was held in Virginia's capital, stoking fears among his base by saying Democrats in the Commonwealth will "take your guns away:"