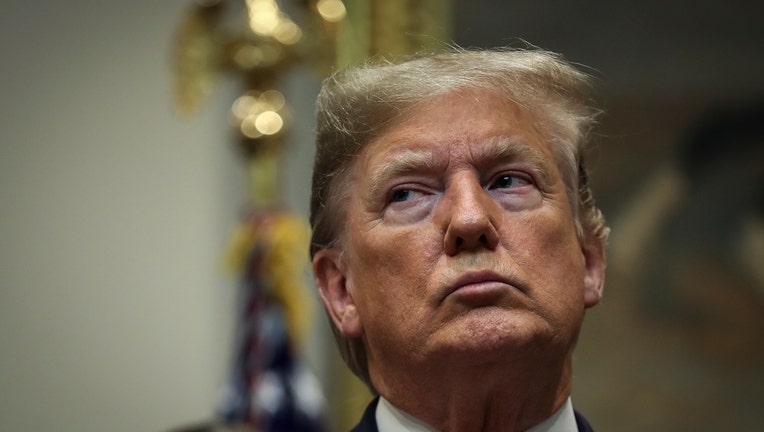 President Donald Trump looks on during an event to unveil significant changes to the National Environmental Policy Act, in the Roosevelt Room of the White House on Jan. 9, 2020 in Washington, D.C. (Photo by Drew Angerer/Getty Images)

WASHINGTON - President Trump has weighed in on the massive pro-gun rally planned Monday in Virginia's capital.

He stoked fears among his base by saying Democrats in the Commonwealth will "take your guns away:"

Up to 100,000 guns rights activists are expected to rally at the state capitol Monday as Virginia Democrats press ahead with their plans to pass sweeping gun reform measures.

Gov. Ralph Northam said "credible threats" led him to declare a state of emergency on the Capitol grounds, which includes a firearms ban.

Del. Lee Carter of Manassas said he would spend Monday in a safe house instead of the state capitol because of death threats against his family.

The FBI said Thursday it arrested three suspected Neo-Nazis who planned to attend the rally with a handmade assault rifle and more than 1,500 rounds of ammunition. Authorities say the men also used encrypted chat rooms to share plans to commit violence against minorities during the rally Monday, which is Martin Luther King Jr. Day.