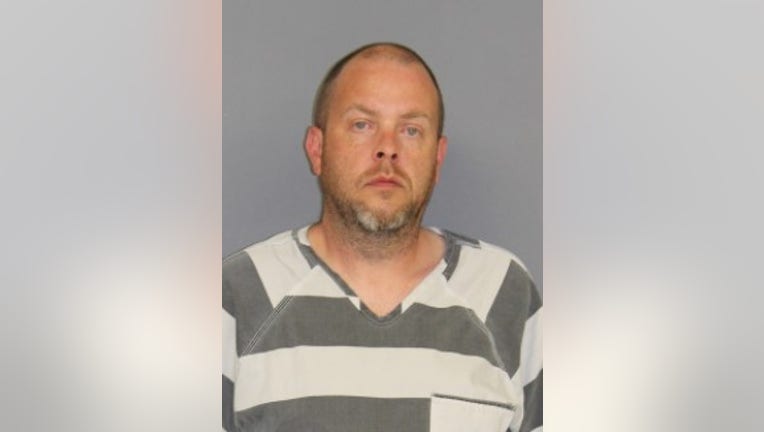 CUMBY, Texas - A Hopkins County man is charged with capital murder after investigators say he shot his pregnant wife in a domestic violence incident.

The shooting happened late Monday night around midnight. The Hopkins County Sheriff’s Officer says it responded to a 911 call from a home near Cumby.

At the home, authorities found Margaret Ann Sanders with a gunshot wound to her torso. She was taken a hospital but later died Tuesday morning. Officials determined she was pregnant.

Investigators arrested her husband, 43-year-old Jason Cory Sanders. They say he shot his pregnant wife after some kind of altercation.

Sanders told investigators he fired a shot in the air just to scare his wife and that a projectile struck her, reported the Sulphur Springs News-Telegram.

While speaking to investigators, Sanders said he needed to use his phone to message his boss. Instead, a deputy saw him deleting Facebook messages with his wife, the paper reported.

Sanders was arrested and charged with capital murder, aggravated assault with a deadly weapon family violence and tampering with evidence. He is being held in the Hopkins County Jail on a $2 million bond.