No timeline on Capitol fence coming down

Frustration is building on Capitol Hill. FOX 5 learned tonight the huge fence around the US Capitol isn’t going anywhere for now – even with DC leaders calling for it to come down.

WASHINGTON (FOX 5 DC) - More than five weeks after the U.S. Capitol riot, the fence topped with razor wire creating a three-mile perimeter around the Capitol grounds is still in place and Capitol Police said Thursday there was no timeline to take it down.

Del. Eleanor Holmes Norton (D-D.C.) held a virtual town hall meeting to look at the impacts of the insurrection, particularly on those living near the Capitol.

Hundreds of people tuned in, according to a Norton spokesperson, and the fence ended up being a primary topic of conversation.

Allison Cunningham, who lives on Capitol Hill, was part of the meeting. She feels so strongly about the fence, she created a group called Don’t Fence the Capitol. Now, there's a petition with close to 13,000 signatures as of Thursday night.

She said she left the townhall frustrated because of a lack of answers from Capitol Police Acting Assistant Chief Chad Thomas.

Thomas said there was so timeline on how long the fence would remain as police continued to investigate security vulnerabilities and failures that led up to the Jan. 6 insurrection. 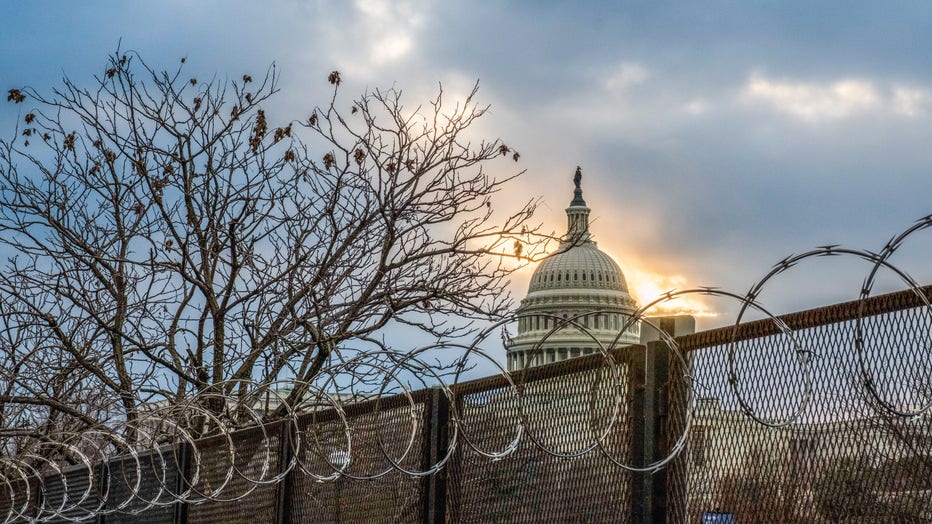 LISTEN: Siege On Democracy: A FOX 5 DC podcast live from the Capitol Riot

Del. Norton, Mayor Muriel Bowser and other D.C. leaders have said the fence should not be there.

"I just feel like the District is just being so disrespected in all this. Independence and Constitution (avenues)? Think about the fire and ambulance, the emergency vehicles," Allen said. "It’s not just about an evacuation route, their decision has a huge impact on the ability of the city to provide services to our residents."

There are also concerns about the impact of property values and businesses.

"Around the Capitol, businesses are going to be impacted," said Cunningham. "People who routinely use the Capitol grounds as part of their everyday life, as part of a big beautiful park in the city are not able to do so. So there are a lot of different far-reaching reasons it’s such a bad idea."

Not long ago, the acting Capitol police chief said she would like a permanent fence around the Capitol.

Del. Norton has just introduced a bill that would prohibit the construction of any new permanent fence.

"This was really an intelligence and security failure and we want to focus on what we can do to make sure that such failures do not occur," Norton said.