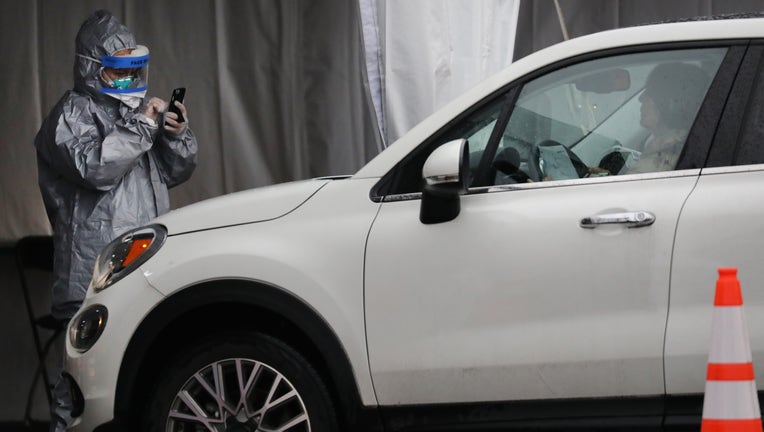 The woman died Friday at a hospital in New York City, Cuomo said on a conference call with reporters.

"That's what we're going to see playing out now as a general rule," he said. People contracting coronavirus who had an underlying respiratory condition are in a "grave situation," he said.

Cuomo said he believes thousands of New Yorkers -- perhaps tens of thousands -- already have the disease.

"It has already spread much more than you know," the governor said. "The infection rate will be massive."

More than 500 New Yorkers have been diagnosed so far with COVID-19, the new illness that has killed thousands of people across the globe. The true number of people with the virus in the state is unknown because testing is still being done across the U.S. on a very limited basis.

The virus causes only mild or moderate symptoms such as fever and cough for most people. For some, especially older adults and people with existing health problems, it can cause more severe illness, including pneumonia.

New York's outbreak was initially centered around a community in New Rochelle, a small city in the Westchester County suburbs. Many have been members of one religious congregation or friends and neighbors of a lawyer who commuted into Manhattan.

In recent days, though, cases have been diagnosed around the state.

The spread of the virus has prompted multiple colleges and universities in New York to cancel in-person classes and move to online instruction, or to temporarily close entirely.

New York City and state are under a state of emergency. Cuomo ordered theaters, sports arenas and other gathering places that seat 500 people or more shut down Friday evening in an attempt to slow the spread.

Museums and other tourist attractions have closed. Many universities and colleges have canceled classes or moved to online instruction, but New York City's huge school system has remained open.

Cuomo said local school districts have the discretion to close and must do so, at least temporarily, in the event of a positive test for coronavirus.

"If you close the schools, you hinder the work force," he said. "This whole exercise is about meeting the capacity of the health care system."