According to the report, the new variant carries a mutation identical to the newly-discovered U.K. strain but likely arose in a virus strain already present in the United States.

LOS ANGELES - Researchers have discovered a new variant of the SARS-Cov-2, the virus that causes COVID-19, in a patient in Ohio.

According to a report published from The Ohio State University Wexner Medical Center and College of Medicine, the new variant carries a mutation identical to the newly-discovered U.K. strain, but "likely arose in a virus strain already present in the United States."

"In the last week, we’re starting to see an uptick in the number of variations in the virus that we’re seeing, very similar to what we’ve been seeing — whether it’s in South Africa of the United Kingdom — and what was concerning in what we found in this last week were two different strains of the virus," Peter Mohler, a co-author of the study and chief scientific officer at the Ohio State Wexner Medical Center and vice dean for research at the College of Medicine, told FOX TV Stations.

Scientists said that the discovery of the variant, COH.20G/501Y, suggests the same mutation may be occurring independently in multiple parts of the world during the past few months. This most recent discovery made in Ohio has only been seen in one patient, so researchers do not yet know the prevalence of the strain in the population.

Mohler said this strain "really originated in the Columbus or Central Ohio region that possessed a specific mutation that we’ve seen in the United Kingdom that makes the virus much more problematic in terms of infecting patients."

But the researchers noted that it’s very common for viruses to mutate over time.

"Viruses naturally mutate and evolve over time, but the changes seen in the last two months have been more prominent than in the first months of the pandemic," Dr. Dan Jones, the study’s leader and the vice chair of the division of molecular pathology, said.

The researchers also reported the evolution of another U.S. strain that acquired three other gene mutations not previously seen together in SARS-CoV2. These findings are under review for publication in BioRxiv as a pre-print. 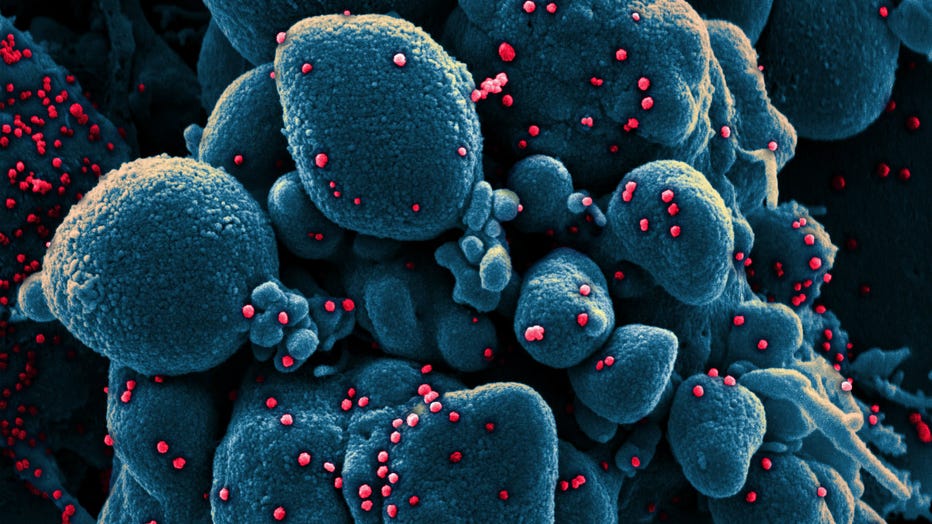 This evolving strain with the three new mutations has become the dominant virus in Columbus during a three-week period in late December 2020 and January, according to the report.

"This new Columbus strain has the same genetic backbone as earlier cases we’ve studied, but these three mutations represent a significant evolution," Jones said. "We know this shift didn’t come from the U.K. or South African branches of the virus."

The Ohio State Wexner Medical Center has been sequencing the genome of SARS-Cov-2 viruses in patients with COVID-19 since March 2020 to monitor the evolution of the virus.

"We still feel very good about the vaccine on this new strain, but again it’s something that we want to continue to watch as we’re seeing the rate of mutagenesis or the rate of evolution of these viruses happen in real time," Mohler explained.

"It’s important that we don’t overreact to this new variant until we obtain additional data," Mohler said. "We need to understand the impact of mutations on transmission of the virus, the prevalence of the strain in the population and whether it has a more significant impact on human health. Further, it is critical that we continue to monitor the evolution of the virus so we can understand the impact of the mutant forms on the design of both diagnostics and therapeutics. It is critical that we make decisions based on the best science."

This new report comes after a new coronavirus variant was identified in the U.K., which has since impacted several states in the U.S.

A new study confirmed that this new variant of the novel coronavirus found in the U.K. is more transmissible than COVID-19 — and the research suggests it’s affecting a greater proportion of young people.

The study, published Dec. 31 in a pre-print by a team from Imperial College London and elsewhere, found that the variant B.1.1.7 is growing rapidly throughout England, where it was first detected in September.

Wisconsin health officials said Wednesday this more contagious form of the COVID-19 virus has been detected in the state.

The Department of Health Services announced the variant was detected through routine genome sequencing of specimens collected during testing. The department did not say where it was found or when it was confirmed. An agency spokeswoman didn't immediately respond to an email.

Health officials have said the variant is more easily transmissible but isn't any deadlier and vaccines should be effective against it.