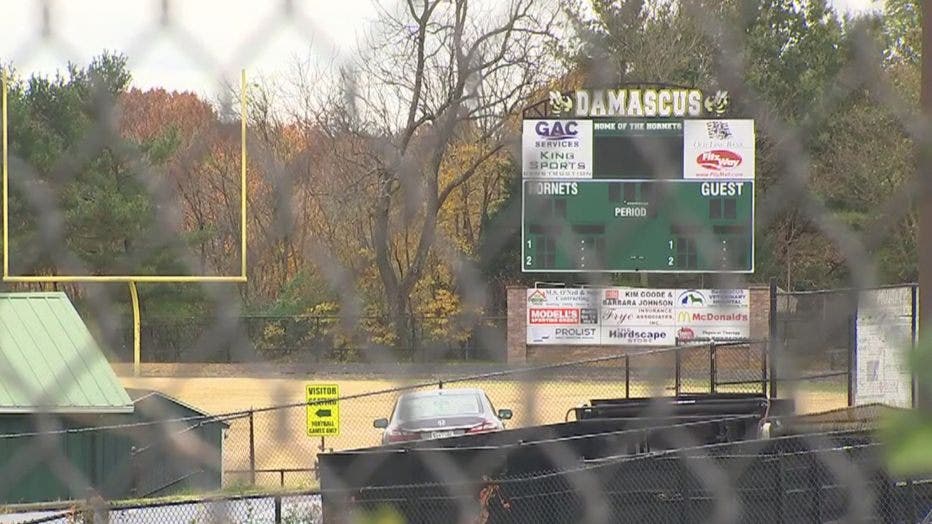 Rosenthal says lawsuits allege four minors were victims of "vicious sexual assaults occurring in the unsupervised football locker room" in both 2017 and 2018. Rosenthal says information regarding an incident in 2017 is new information.

The lawsuit says defendants knew about the sex assaults at "Damascus and other high schools" prior to October 2018 incident, Rosenthal reports.

The lawsuits further allege that "despite notification from parents and concerned adults, officials at Damascus permitted the longstanding ritual to continue."

"Montgomery County Public Schools (MCPS) has received copies of two lawsuits stemming from the sexual assault in the boys' locker room at Damascus High School on October 31, 2018. In the wake of the incident, MCPS undertook an internal investigation and commissioned an external review, the results of which have been shared with the community.  The lawsuits filed today raise a series of additional allegations about prior hazing and sexual assaults-many of which have never been reported to MCPS leadership.  We trust that the attorneys who filed the lawsuits have shared their allegations with law enforcement.  If they have not, we sincerely hope they will immediately share any evidence they may have uncovered so it can be fully vetted, as part of the State's Attorney's Office's ongoing investigation.

It is important for the entire community to understand that the allegations in any legal complaint will be tested through an extensive process to determine whether they can be proven true.  While that legal process unfolds, we are committed to working together to respect the privacy, safety and well-being of all our students, families and staff.

Our thoughts remain with the students and families of the Damascus High School community as we engage in this latest phase of the legal process".