Veteran Damascus High School football coach Eric Wallich announced on Friday that he was resigning after 12 years at the helm of one of Maryland’s most successful programs.

DAMASCUS, Md. (FOX 5 DC) - Veteran Damascus High School football coach Eric Wallich announced on Friday that he was resigning after 12 years at the helm of one of Maryland’s most successful programs.

Perennial contenders for state titles, the Hornets won their fourth Maryland 3A championship in five years in 2019.

However, the program was mired in a hazing scandal the previous season that resulted in criminal charges for five junior varsity players.

In a post on MoCoFootball.com, Wallich indicated that he hadn’t made the decision lightly.

It is with great sadness and much reservation that I have decided to resign as the Head Football Coach of Damascus High School. The past twelve years at Damascus have been some of the most rewarding and best times of my personal and professional life but I have come to a crossroad and feel I need to make a change for myself and my family. 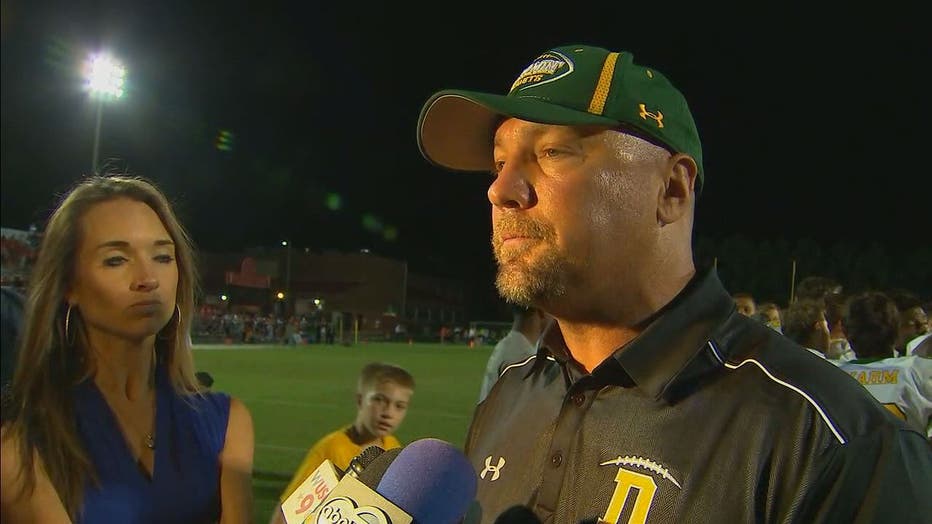 Wallich grew up in Damascus and played high school football there.

I have been thinking about this decision for a long time and this has been one of the hardest decisions I have ever had to make. There are so many reasons I want to remain and stay as Head Coach at DHS. My main reasons are that I love the players, coaching staff and program so much. Damascus football runs so deep in my blood and has been part of me for 30+ years as a player and a coach. Damascus has been the best place I could ever imagine to grow up, go to high school, play football, and then come back to teach and coach. The memories and friendships I have made will be with me forever.