What happened at Astroworld: How crowd surges can kill people

The crowd deaths at Astroworld Music Festival, where 10 people lost their lives, add to the long list of people who have been crushed at a major event. Here’s a look at how that happens.

HOUSTON - Two major lawsuits seeking a total $2.75 billion were filed this week on behalf of victims of the Astroworld tragedy, which left 10 people dead and hundreds more injured.

On Thursday, Texas trial attorney Thomas J. Henry announced he was representing 282 victims in a new lawsuit. They are seeking $2 billion in damages from a long list of defendants, including Apple Music, Travis Scott, Drake, Live Nation, and NRG Stadium.

"The defendants stood to make an exorbitant amount of money off of this event, and they still chose to cut corners, cut costs, and put attendees at risk," said Thomas J. Henry in a press release. "My clients want to ensure the defendants are held responsible for their actions, and they want to send the message to all performers, event organizers, and promoters that what happened at Astroworld cannot happen again."

Henry added that another 120 victims have contacted his firm seeking representation for their injuries and damages. 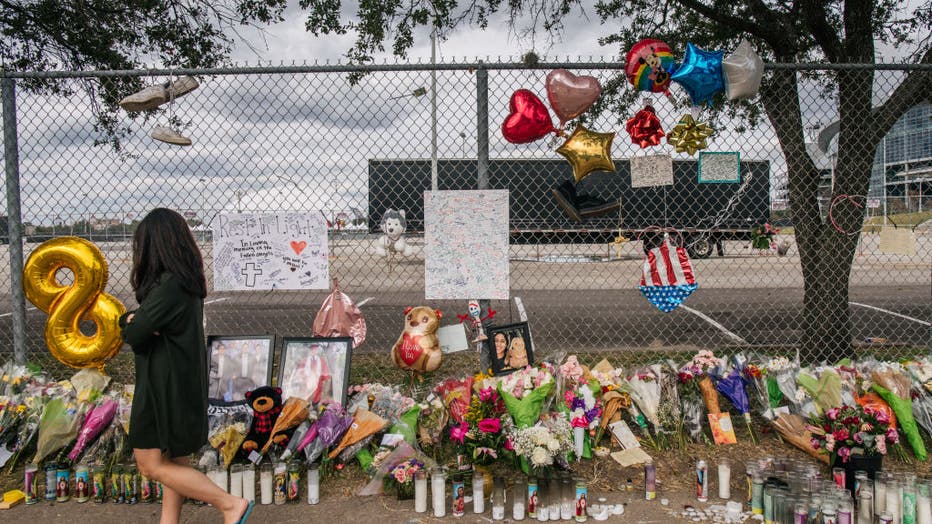 HOUSTON, TEXAS - NOVEMBER 09: A woman walks past a memorial to those who died at the Astroworld festival outside of NRG Park on November 09, 2021 in Houston, Texas. Eight people were killed and dozens injured last Friday in a crowd surge during a Tra

Earlier this week, the Buzbee Law Firm filed a suit on behalf of more than 125 clients, including Axel Acosta. Axel was among those who died during the Astroworld concert.

According to the lawsuit, "…organizers, promoters, security, medical provider companies, performers … had ample opportunity to stop the event long before anyone was injured—and they should have."

The firm intends to file another lawsuit in the coming days with another 100 named plaintiffs.

"This should have had a lot more prior planning," said attorney Tony Buzbee in an interview Monday. "[They] should have had people stationed at various places to stop things, and shut things down."

The handwritten, internal records paint a disturbing and chaotic scene at NRG Park, with shocking events that began Friday morning, before the gates were even opened.

Buzbee believes the festival could have been canceled hours before Astroworld started. Cell phone video shows some people storming into the venue and ripping through security that morning.

Video from when the gates opened Friday afternoon show some fans got a little too excited about the first day of Astroworld. There was running, pushing, and shoving.

Authorities say the investigation into what happened at Astroworld is expected to take weeks or months to complete.

DOWNLOAD THE FOX 26 NEWS APP FOR THE LATEST ALERTS