Police in Nebraska are searching for a man who tried to open a checking account with a fake $1 million bill.

LINCOLN, Neb. - Police in Nebraska are searching for a man who walked into a bank this week and tried to open a checking account with a fake $1 million bill.

Staff at the Pinnacle Bank branch in Lincoln said the man walked in around 9:30 a.m. Monday, according to the Lincoln Journal Star.

Bank employees said the man was adamant that the bill was real despite tellers’ attempts to convince him otherwise.

The man eventually left with the bill — but without a new account, the newspaper reported. The staff then reported the incident to police. 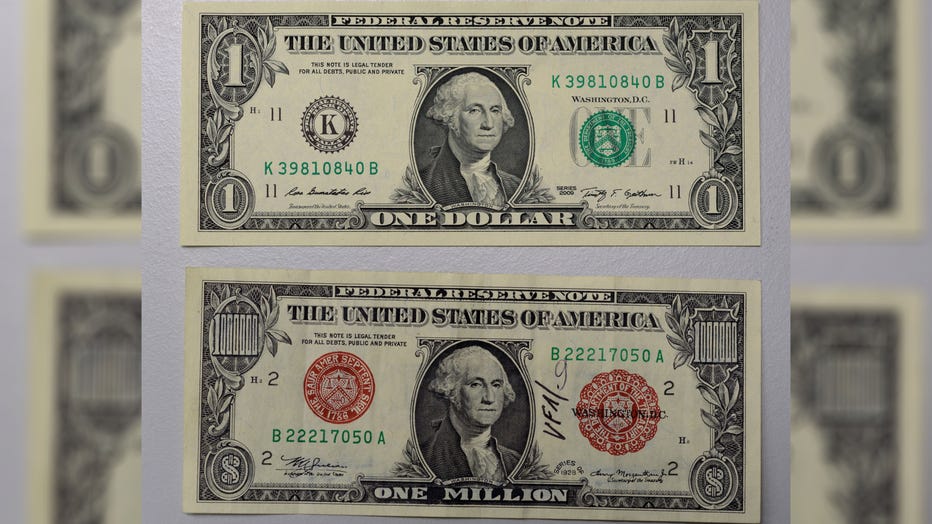 A file image shows counterfeit U.S. currency, one of them altered to become a $1,000,000 dollar bill, taken on May 6, 2015. (Photo by Horacio Villalobos/Corbis via Getty Images)

Police were reviewing surveillance video to try to identify the man. They want to check on his welfare and make sure he was not the victim of a crime, according to the Lincoln Journal Star.

The U.S. Department of Treasury does not print $1 million bills. The largest denomination of currency ever printed for public circulation was the $10,000 bill.