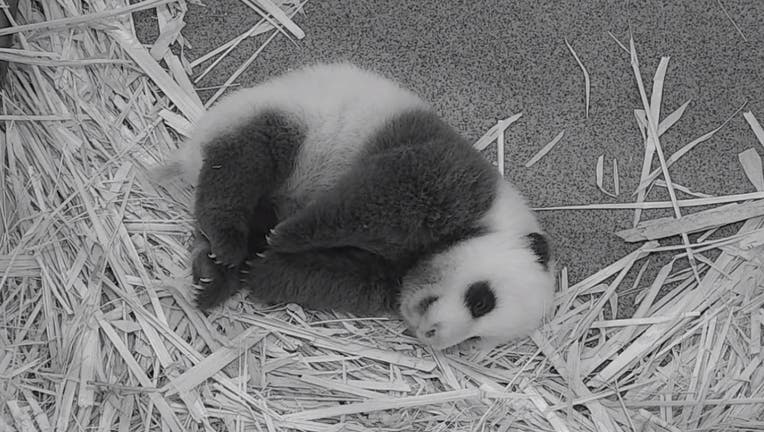 WASHINGTON (FOX 5 DC) - It has been nine weeks since the newest giant panda cub was born at the Smithsonian National Zoo in Northwest D.C., and both baby and mother, Mei Xiang, are thriving as they too transition to the autumn season.

According to the zoo, the two pandas will soon go from only eating bamboo leaves to also consuming the hearty stalk as temperatures begin to cool down in the area.

The zoo also says Mei Xiang’s appetite has returned to normal, and she can eat as much as 66 pounds of bamboo every day. 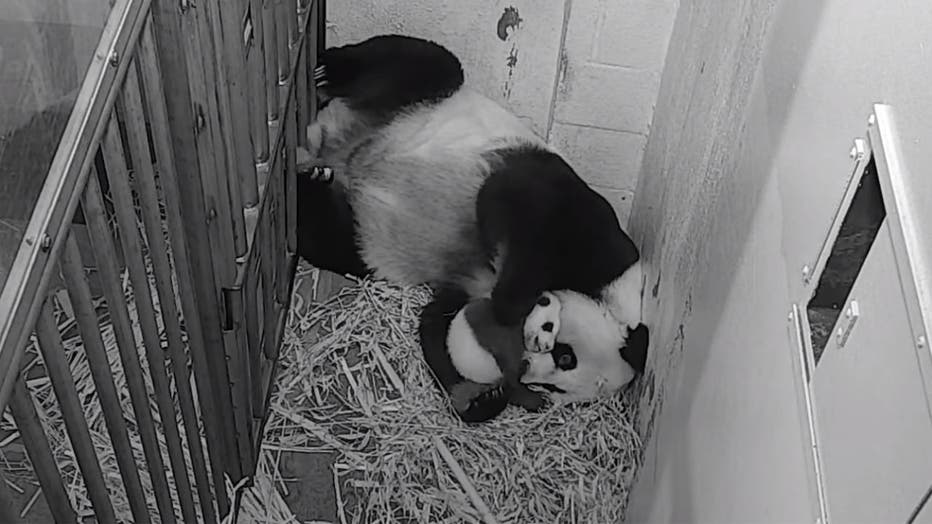 It's a whole new world for the&nbsp;National Zoo's giant panda cub&nbsp;who has been taking 'field trips' with mom Mei Xiang into their enclosure.

The zoo’s Giant Panda Cam has repeatedly caught the cub sleeping on his back, and when he is awake, the cam shows him practicing his crawling skills around the den. Mei Xiang has also begun to take her cub into their larger enclosure, mostly at night.

Although the Asia Trail and giant panda viewing area is temporarily closed at the zoo, fans of Mei Xiang and her cub can stay up to date by watching the Giant Panda Cam provided by the Smithsonian National Zoo.