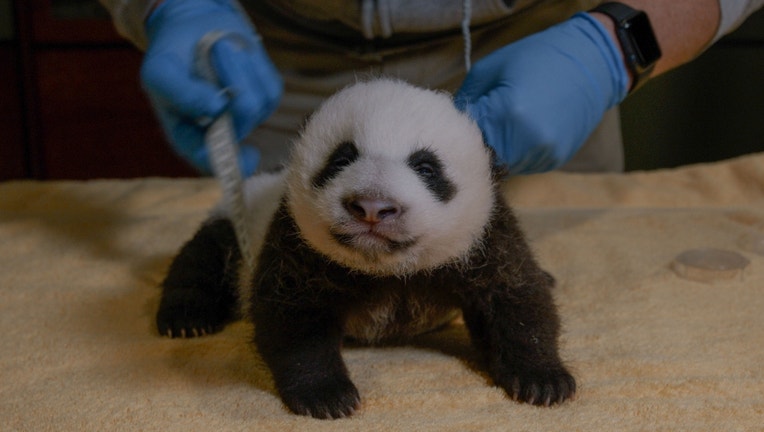 WASHINGTON (FOX 5 DC) - The Smithsonian National Zoo's giant panda cub will reach a new milestone on Friday –– he will officially be 8 weeks old!

On Thursday, zoo officials provided an update on their website and said under the watchful eye of mom Mei Xiang, the little one has recently been practicing crawling in an area where there is no bedding.

During a brief exam earlier this week, the zoo's giant panda keepers observed that the cub's ears are now open and he can hear noises of doors opening and voices.

Officials also say the cub was feisty during his exam and barked while he was being measured.

Since his last weigh in on October 7, officials say he has gained a pound and now "tips the scales" at a whopping 2.47 kilograms or 5.4 pounds.

"Mei Xiang has started carrying her cub to the door and several feet out into the enclosure. Now that he’s getting older, she will start to bring him on these 'field trips' more frequently," said zoo officials.