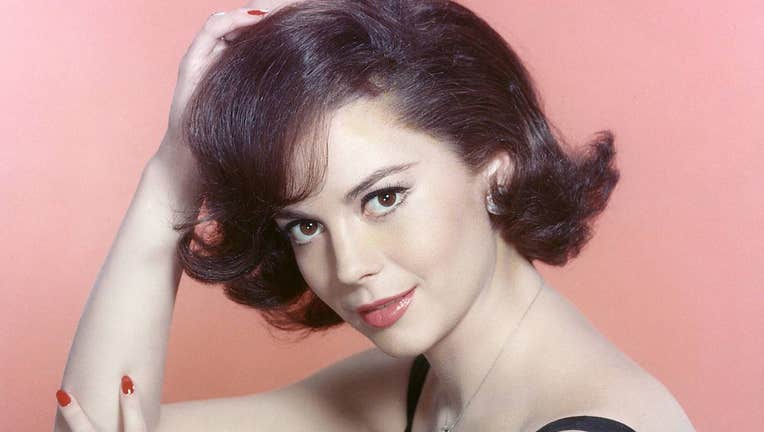 Natalie Wood (1938-1981), US actress, wearing a dark blue dress in a studio portrait, against a pink background, circa 1965. (Photo by Silver Screen Collection/Getty Images)

Chicago - Natalie Wood’s career spanned decades before her untimely death in 1981. Those years saw her make the difficult transition from child star to more adult roles, a shift that led to not one but three Academy Award nominations. Her third act was bumpier — as often happens to an ingénue — and Wood struggled to find her place in the Hollywood landscape. However, the 43-year-old Wood was still shooting movies and was about to make her stage debut when she died under mysterious circumstances during a holiday weekend boat trip to Catalina Island, on a yacht called Splendour.

Childhood stardom took hold in 1947 when four years after her big screen debut, Wood captured the hearts of audiences in "Miracle on 34th Street." A series of young daughter roles followed, which included "The Green Promise." While she doesn’t headline this film (Walter Brennan and Marguerite Chapman have that honor), Wood is clearly the star and steals every moment she is on screen.

WATCH FREE ON TUBI: "The Green Promise" – get the app

Cute pigtails and polka dot dresses couldn’t sustain, and in 1955, everything changed for the starlet when she went toe-to-toe with James Dean in "Rebel Without a Cause." Wood had made 20 moves by this point, but this role earned the 16-year-old her first Oscar nomination in the supporting category. Jo Van Fleet won for "East of Eden," directed by Elia Kazan, the famous director who would go on to mark another significant stage in Wood’s career.

If the teen rebellion depicted on screen in "Rebel Without a Cause" marked a shift in how audiences saw Wood, then "Splendor in the Grass" ushered the actress into adulthood. It also proved that even after some box office disappointments, Wood still had it in her, and an Academy Award nomination for lead actress followed (her third was for "Love with the Proper Stranger" in 1963). Wood quickly followed this with roles in "West Side Story" and "Gypsy." As the ‘60s progressed, Wood embraced comedy in "Sex & the Single Girl" and "Bob & Carol & Ted & Alice." Here is a look at "The Green Promise," as well as its place in Hollywood lore and its supposed connection to her death.

What is "The Green Promise"?

"Natalie Wood, youngest of the smallfry thespians, is a fetching little lass with a look that is full of poignant appeal," reads a 1949 review from "The New York Times," highlighting Wood’s charm as a child performer in the film from RKO. "The Green Promise" references God’s promise to Moses in the "Book of Exodus," which provides the central theme of a preacher’s sermon — one which the family patriarch falls asleep during, thus missing a valuable lesson.

The message that the sinful man is someone who ignores progress feels written explicitly for the ignorant Mr. Matthews (Brennan), who won’t take any advice regarding his farm. Wood plays the youngest of four children, and Susan Matthews is on the receiving end of her father’s wrath when she asks if she can raise lambs for their wool. (Yes, this is a farm drama.) The oldest daughter, Deborah (Chapman), is constantly met with roadblocks from her father and takes on the role of mother as Mrs. Matthews is not on the scene.

It is also a movie about the 4-H Club, which was established in 1902 and is still thriving. "Nearly six million kids and teens have taken on critical societal issues, such as addressing community health inequities, engaging in civil discourse and advocating for equity and inclusion for all," the website explains. In "The Green Promise," the 4-H Club is central to the idea of agricultural progress, community and encouraging children to learn skills. This is where Susan’s lamb plan comes in — and it’s also central to the terrifying sequence often cited as the origin of Wood’s water phobia.

What happened on the set of "The Green Promise"?

While Susan is at a costume party with others from the 4-H Club (note: this sequence includes a disturbing depiction of a child in blackface), a torrential rain storm means all the kids have to stay overnight at the neighboring farm. Susan is worried about her lambs, so she heads out into the horrific conditions wearing her bunny costume and thin coat. A rickety old bridge is falling apart, and the scene called for it to collapse into the water once she had made it to the other side. Unfortunately, someone triggered the mechanism too early, and the 11-year-old Wood was only halfway across at the time. A 2000 Vanity Fair article about Wood’s death quotes the actress talking about this earlier moment, saying, "I don’t even remember them fishing me out."

Perhaps the most disturbing thing about this event is that Wood was put in a perilous position in which she could’ve drowned, and she suffered an injury that left a permanent reminder. Wood later wore bracelets on her left wrist to hide the protruding bone. "Mom didn’t trust doctors or hospitals, so Natalie’s broken wrist was never treated or set," Lana Wood writes in her 2020 memoir "Little Sister: My Investigation into the Mysterious Death of Natalie Wood." She adds that at their mother’s insistence, "Natalie didn’t cry when her wrist was broken, or even mention the injury to anyone at the studio because complaining might have shortened her career."

On-set accidents happen, but watching this scene is particularly harrowing because of how strong the wind and rain machines are raging against the tiny figure making her way to save those lambs — not to mention the thought of incidentson sets like "The Twilight Zone."

WATCH FREE ON TUBI: "The Mystery of Natalie Wood" – get the app

What about Natalie Wood’s fear of water?

Wood’s well-documented phobia of dark water is one reason why the events of that night on the Splendour have been called into question. This was a deep-seated fear. One example of the phobia popping up in her life story occurred during the making of "Splendor in the Grass" when Wood wades through a pond during a scene depicting her character’s attempted suicide. Kazan offered his assurance he would shoot the scene as quickly as possible with no retakes, but even this didn’t quell her nerves. "She was still so frightened anticipating it that she called me twice for moral support," Lana writes in "Little Sister."

But while Lana Wood confirms her sister’s phobia, she clears up the misconception that the childhood accident on "The Green Promise" was the cause. In her book, Wood reveals the source of this dread came from their mother, who was told by a fortune-teller that she would "give birth to an exquisite little girl, a little girl who would become a famous movie star." It all sounds great, except the fortune-teller predicted this same movie star would "ultimately end in a tragic drowning in dark water." Their mother didn’t keep this detail from Natalie, and the prophecy haunted the actress for years before her drowning. 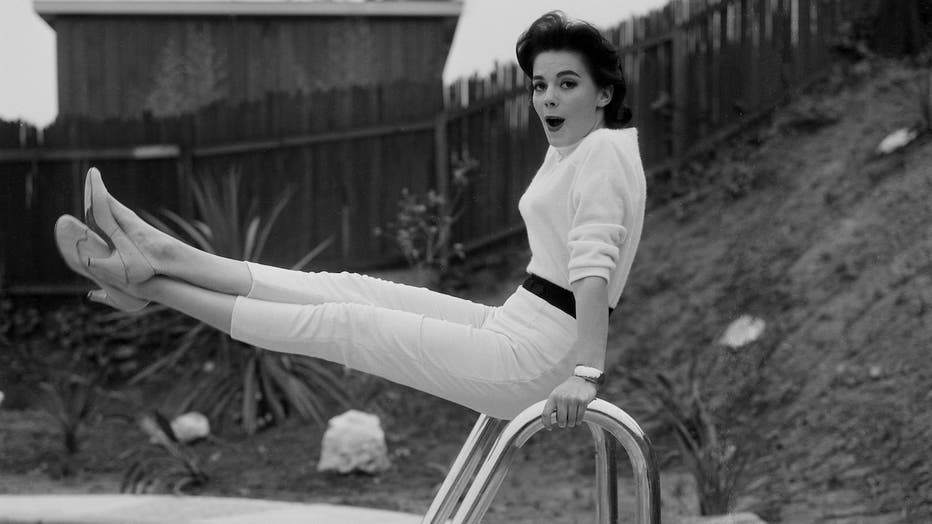 What happened to Natalie Wood in 1981?

More than 40 years after the tragic drowning, unanswered questions about the events that occurred aboard her husband Robert Wagner’s boat (and in the hours before her body was discovered) still dominate the conversation whenever Wood’s name is mentioned. In "Little Sister," Lana Wood explores the events that lead up to that ill-fated Thanksgiving weekend trip, the immediate aftermath and the years she has spent wondering what happened to her beloved older sister. She also names the person she believes to be her sister’s killer.

Wagner was declared a person of interest in Natalie Wood’s death in 2018, but the sheriff's department has since clearedthe actor. Wood’s death certificate was previously amended from "drowning" to "drowning and other undetermined factors." Even though the case has gone cold, there is no doubt that speculation will persist. The parallels to moments in her movies are coincidental. Still, Wood’s talent is undeniable — whether as a child actor in "The Green Promise" or in any of her Oscar-nominated roles.

"The Green Promise" may be a part of Hollywood lore when it comes to Wood, but it’s also a great opportunity to see a talented young actor on the brink of superstardom.

How to watch Natalie Wood in "The Green Promise"

"The Green Promise" is streaming free on Tubi.

About the writer: Emma Fraser is a freelance culture writer with a focus on TV, movies, and costume design. You can find her talking about all of these things on Twitter.