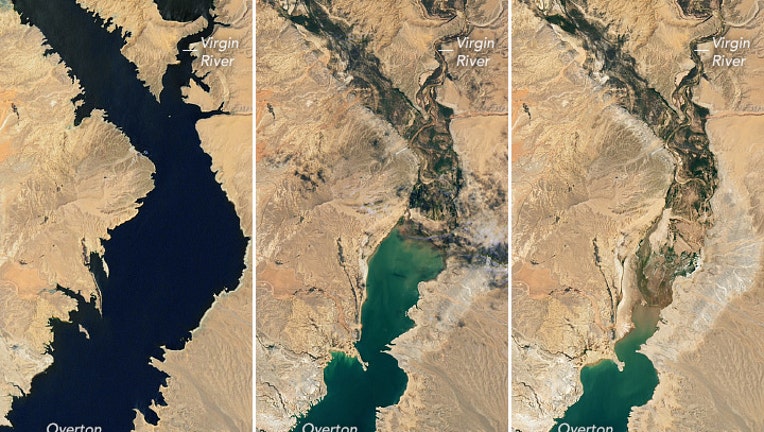 LAKE MEAD, Ariz. - A megadrought impacting the Southwest continues to deplete water levels in Lake Mead, making areas that were once underwater now visible from space.

NASA released a series of images Wednesday that showed the deterioration of the lake’s level over the last two decades.

The U.S. Bureau of Reclamation said water stages are near levels last seen in April 1937, and it’s estimated the reservoir is at 27 percent of capacity.

The series of images show an increase in light-colored fringes along the shoreline, which indicates the depleting water levels and the increasing visibility of land. 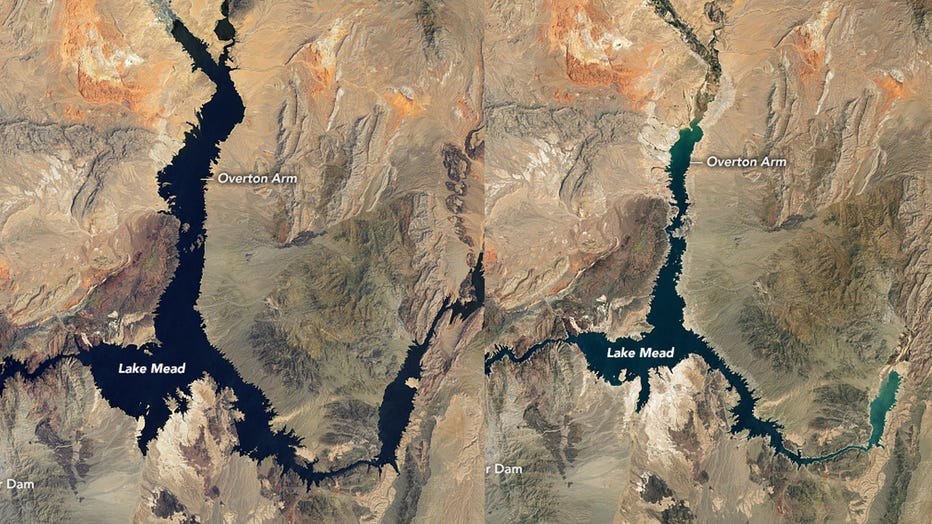 NASA says this "bathtub ring" effect is typically made up of calcium carbonate and other minerals that are now visible on the sandstone around the lake’s banks.

Skeletal remains have been found in a sunken barrel at Lake Mead as water levels drop to their lowest since 1937, FOX 5's Dani Masten reports. (Video via KVVU)

In addition to supplying water to residents in two countries, the reservoir is an essential source of hydropower for millions in several western states.

The U.S. Bureau of Reclamation said lake levels at the Hoover Dam must stay above a thousand feet for hydropower turbines to operate at normal levels.

Lake levels at the dam were reported to be around 1,041 feet in mid-July, which is over a 150-foot drop since 2000 and a continuation of a 22-year downward trend.

Forecasters do not see any long-term drought on the horizon.

A stubborn La Niña weather pattern threatens to be in control of the upcoming winter, which could mean more dry weather in the Southwest. 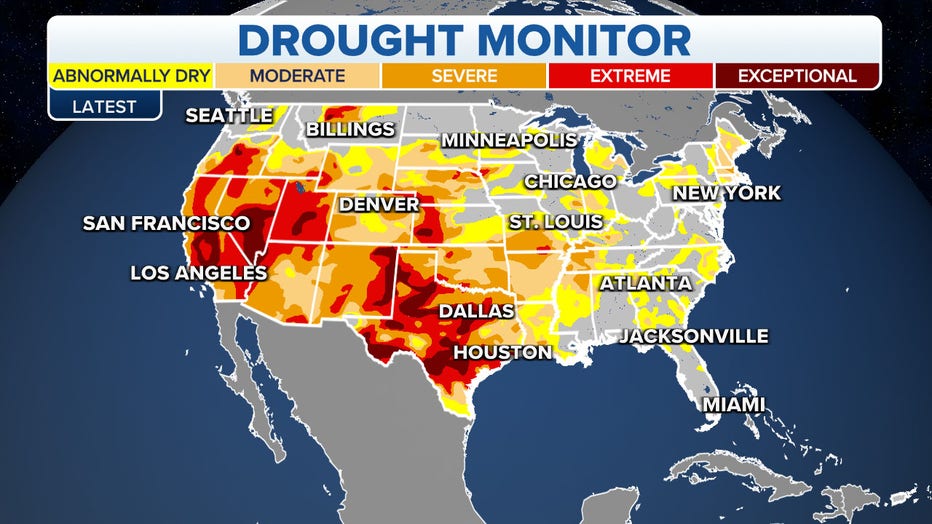