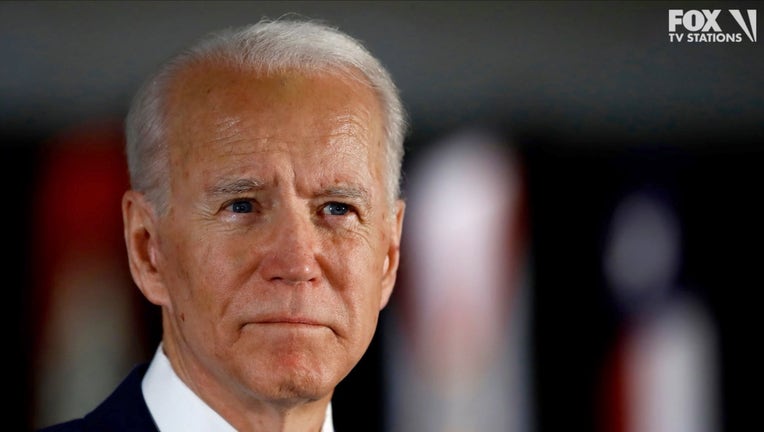 In this March 10, 2020, file photo, Democratic presidential candidate former Vice President Joe Biden speaks to members of the press at the National Constitution Center in Philadelphia. Biden is expected to give his first public comments on a sexual

The NAACP on Friday pushed back on a claim by presumptive Democratic nominee Joe Biden that the civil rights organization had endorsed him “every time I’ve run” -- stating that the group never endorses any political candidate.

“Yesterday, former Vice President Joe Biden made a comment about the NAACP’s endorsement,” the statement by Derrick Johnson, president and CEO of the NAACP,  said. “We want to clarify that the NAACP is a non-partisan organization and does not endorse candidates for political office at any level.”

The statement was in response to Biden’s claim during an interview with “The Breakfast Club” that the group had endorsed him every time he had run as he sought to tout his credentials in supporting the black community.

“Take a look at my record. I extended the Voting Rights Act for 25 years. I have a record that is second to none. The NAACP’s endorsed me every time I’ve run,” he said. “Take a look at the record.”

But Johnson in his statement said that “the NAACP has one mission and that is fighting for and advancing our Black communities towards an equitable reality.”

“Our primary focus at this moment is to ensure that our communities that have been victims of domestic terrorism and disproportionately impacted by this pandemic have the opportunity to cast their powerful vote come November,” he said.

The statement comes amid the controversy caused by his remarks in the interview with Charlemagne tha God, where he said that those having a hard time "figuring out" whether to support him or President Trump "ain't black."

“I tell you if you have a problem figuring out whether you’re for me or Trump, then you ain’t black,” he said.

After the remarks were blasted across the political spectrum, Biden walked them back, saying in an afternoon phone call with the U.S. Black Chambers that “I shouldn’t have been so cavalier.”

Biden said he understands the comments sounded like he was taking the black vote "for granted" but insisted that wasn't the case.

"I shouldn't have been such a wise guy," Biden said. "... No one should have to vote for any party, based on their race or religion or background."

Charlemagne tha God, meanwhile, indicated he was not impressed with the conversation with Biden.

“My takeaway from the conversation was I heard him talking about things he did for black people back in the day, but you know ‘what have you done for me lately’ is my motto,” he said on CNN late Friday.

He also said Biden was “really one of the people on the front line when it came to the war on drugs and mass incarceration.”