Wildlife authorities safely removed what they described as a young, underweight mountain lion from Pescadero Middle/High School on Wednesday afternoon after the animal walked into the school earlier in the day.

PESCADERO, Calif. - A mountain lion was safely removed from a high school it had entered earlier on Wednesday morning, officials say. Despite the scare, the San Mateo County Sheriff's Office said all students and staff were safe.

The 4- to 6-month-old, underweight cat was removed from Pescadero High School by California Department of Fish and Wildlife crews and taken to the Oakland Zoo, where it will hopefully be released into the wild.

At about 8:23 a.m., the sheriff's office received a call from the school notifying them that there was a mountain lion in a classroom and the update on the mountain lion's removal came at around 5 p.m.

It is believed to be a 40-pound, male mountain lion.

Photos from the sheriff's office show the mountain lion was hunkered down in an English classroom by itself. And someone named Darlene shared another photo on Twitter of the big cat, saying she was there when the animal arrived at school.

The mountain lion looked calm, curled up on the rug near a chair and a desk. Its head was turned backward toward the sunlight. 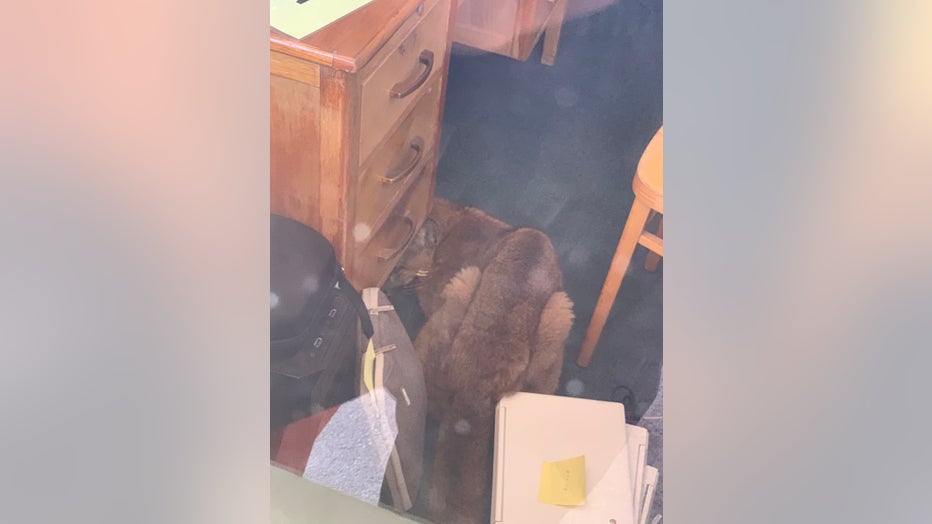 Teacher Ana Polacek saw the cub milling on a pathway near an open door and started yelling to alert others.

The cat, spooked by the noise, ran into the building.

Sheriff's deputies credit a quick-thinking custodian for saving the day.

The custodian was opening the school for the day when the young mountain lion was spotted, said Detective Javier Acosta with the San Mateo County Sheriff’s Office. No students or teachers were on campus at the time, Acosta said.

"The mountain lion casually walked through campus and decided to go into an English classroom," he said. "The custodian acted quickly and managed to shut the door behind it."

Pescadero is 15 miles south of Half Moon Bay and located just off State Route 1.

Mountain lions are a semi-regular sight in this part of the San Francisco Bay Area, with the animals often running into people's backyards.

However, running into a classroom could be a first.

"Well, I’ve been doing this job for about 20 years, and I’ve never seen a mountain lion enter a classroom," Acosta said.

Pescadero High School is surrounded by open green fields and is located in a rural part of the county.

Finals and graduation rehearsal were stopped with officials dealt with the cat. A school bus came to shuttle students to the elementary school for early dismissal.

"We were in the classroom next to the cougar and we were like, we can’t make a lot of noise to make it scared or disturbed," said student Mariol Hernandez.

The last day of school is Thursday. 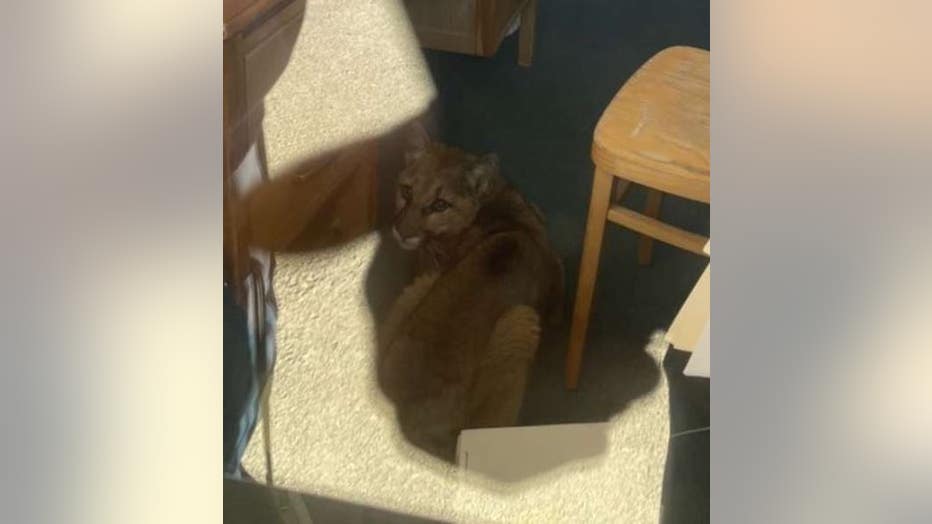 A mountain lion hunkered down in a classroom at Pescadero High School. June 1, 2022 Photo: Darlaxoxo2 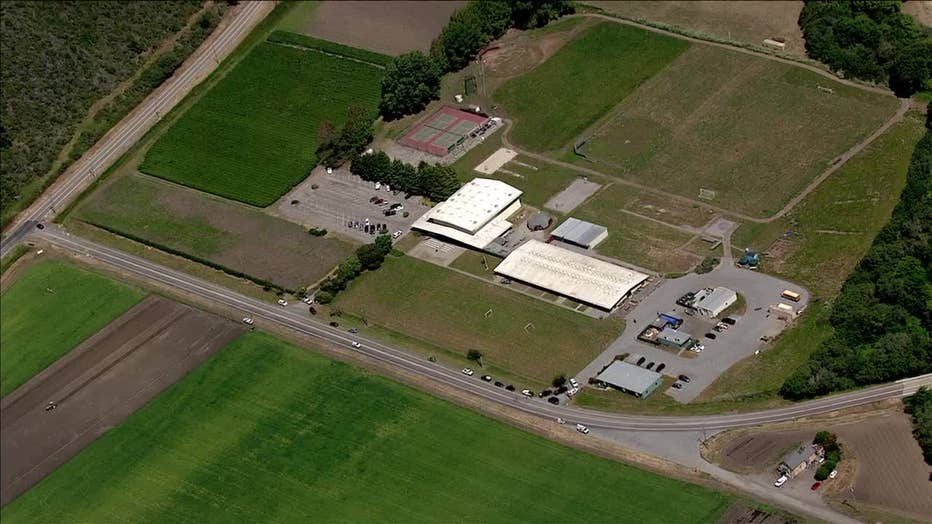 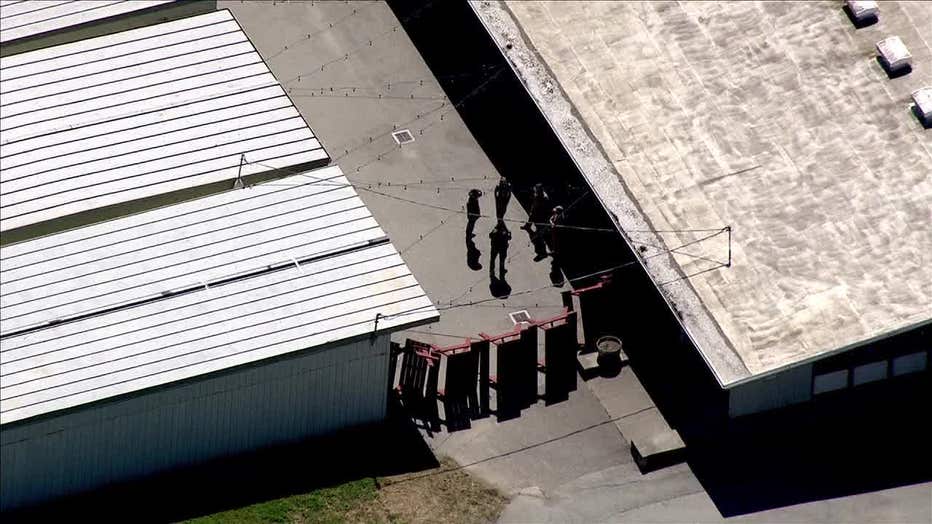 People were seen congregating outside Pescadero High School while a mountain lion hunkered down in an English classroom. June 1, 2022.