Rare and hard to find stolen coins showed up at a coin&nbsp;shop in downtown Silver Spring and the Montgomery County Police Department said the alleged thief is a mail carrier.

SILVER SPRING, Md. (FOX 5 DC) - Rare and hard to find stolen coins showed up at a coin shop in downtown Silver Spring and the Montgomery County Police Department said the alleged thief is a mail carrier.

On Jan. 2, officers responded to the Bonanza Coins shop located at 940 Wayne Avenue in downtown Silver Spring for the report of someone attempting to sell two coins worth a total of $2,900.

The coin shop’s owner, Julian Liedman told police that the original owner of the coins had previously sent an email to local coin shops advising the shops to be on the lookout for these particular coins.

That email further stated that both coins had been recently sold and shipped to a buyer, but the buyer reported that he/she never received the coins. The coins were then reported to the USPS as lost in the mail shipment.

FOX 5 spoke with the seller of the coins who is in Florida telling us that the coins were made in 1871. One is a 25-cent piece and the other is a 50-cent piece. He went on to say, the coins were choice preserved and had never been circulated. The coins he said, come out typically from state auctions.

During the investigation, patrol officers determined that the individual who was attempting to sell the coins at the coin shop was not involved in the theft of the coins. 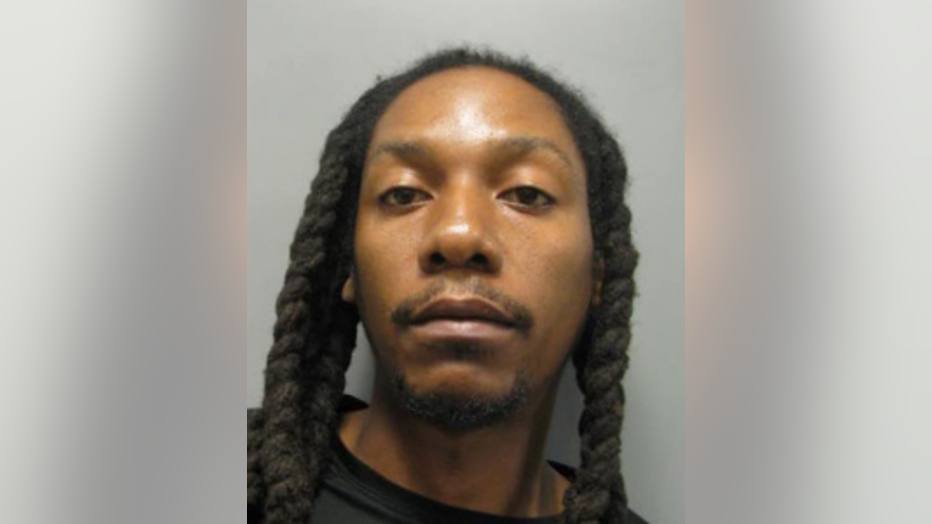 “And then they (police) came in and I came out and I told the lady that the coins were stolen,” explained Liedman, “now I don’t know whether she knew they were stolen or not but the story she told was, ‘Oh I just found the coins.’”

“I knew what was happening, there wasn’t any question in my mind, I have recovered things before that were taken from the mail or stolen from one of my colleagues that I recognize the writing on the holder, we are all pretty close.”

Further investigation identified Pugh as the suspect who initially stole the coins and that Pugh worked as a USPS mail carrier with a delivery route in Silver Spring.

During the interview, Pugh admitted to stealing the coins as well as stealing additional mailed property while on his delivery route.

Officer and USPS special agents searched Pugh’s home and located multiple pieces of previously mailed property that Pugh had stolen while on his mail route.

Investigators have determined that Pugh stole the items while making deliveries on his mail route between March 2019 and January 2020.

FOX 5 contacted the USPS-Office of Inspector General for a comment and to inquire whether Pugh is still employed as a mail carrier but our inquiry was not answered.

Pugh was transported to the Central Processing Unit where he was charged with theft-related offenses, to include theft scheme: $1,500 to under $25,000.

Pugh was released after posting a $5,000 bond. It’s not clear if he will face charges for federal violations.