U.S. Customs and Border Protection officers say they took Giovanni Di Angelo Reumante, 31, into custody after he returned from a trip to Punta Cana. 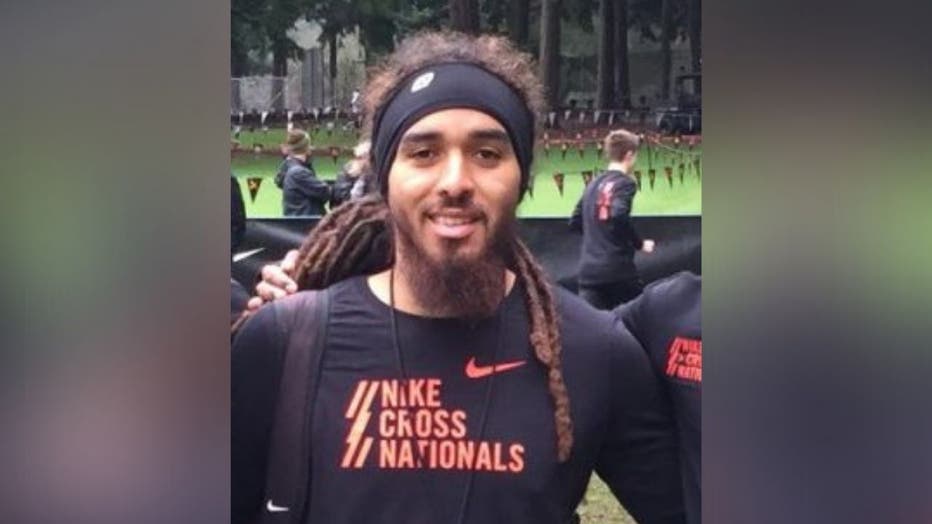 Reumante is a security assistant and track coach at Northwood High School in Silver Spring. Montgomery County Police said Wednesday evening that they are not releasing details about the case at this time and no mug shot is available.

"Mr. Giovanni D. Reumante is a Montgomery County Public Schools security assistant and track & field coach who is currently on administrative leave from Northwood High School. The news of Mr. Reumante's arrest by Customs and Border Patrol officials is just coming to us, for this reason, and rules around personnel matters we don't have more to say at this time."

He said no email has gone out to Northwood High School parents as of Wednesday evening.

Known as Coach Gio, Reumante ran track at Northwood High School himself and years later has been celebrated for helping revive the team as a coach.

FOX 5 was unable to confirm if Reumante had an attorney representing him in the criminal case.

Chief Officer Michael Augustino with Customs and Border Protection was part of the arrest at Dulles.

"Something as serious as a sexual offense charge almost always is going to be a nationwide extradition," Augustino said.

He said Montgomery County Police entered the warrant for Reumante right around the time he boarded his flight, so border protection agents only realized Reumante was wanted when they checked his passport.

"He was cooperative," said Augustino. "I don’t believe he was surprised at all. He had somebody he was traveling with, that person was surprised."

Just four days prior, on Christmas Eve, CBP officers at Dulles arrested another man, Sir Chuku Maurice Ngare, 44, who they say is also accused of child sex assault and molestation charges out of Georgia.

"It makes me happy especially when I’m working on Christmas Eve and holidays that I know I can be a part of making sure these people get to justice," said Augustino.