CHESAPEAKE, Va - Erica Turner Guerrier’s son’s sixth birthday was approaching and the Chesapeake, Virginia mom wanted to throw her son a birthday party she knew he would love. The theme: Southwest Airlines.

"My son loves airplanes and requested a Southwest Airlines-themed party," Turner Guerrier told Storyful. "Not typical of your average 6-year-old. I did my best to deliver upon his wishes."

In a video posted on Twitter, Turner Guerrier pans around a room filled with Southwest’s iconic color scheme balloons, gift bags with Southwest's trademark heart and logo with a stock card that said, "Thank you for flying with me!" 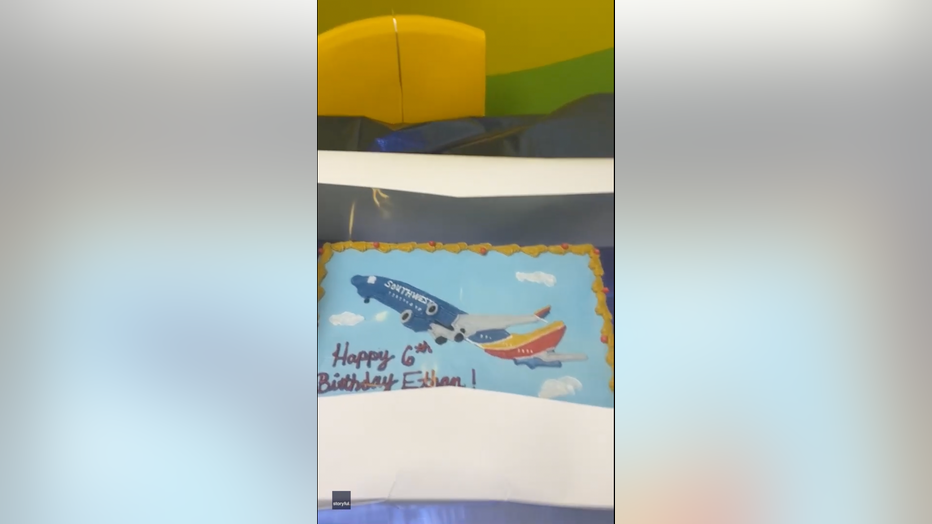 There was also a special cake decorated with a Southwest airliner made out of icing.

The Dallas-based airline responded with a tweet, saying, "Aw! Looks like you did an amazing job! Send your account number in a DM, so we can send some love for the birthday boy."