Michele Schambach received a message in the snow from her daughter while undergoing care at the Cleveland Clinic in Ohio.

CLEVELAND - A woman battling cancer while far away from home received a message of hope outside of her window, thanks to her daughter.

Michele Schambach, from Guatemala, was diagnosed with stage 3 oligodendroglioma, a fast-growing tumor in the brain, according to officials from the Cleveland Clinic, one of the largest hospitals in the United States. 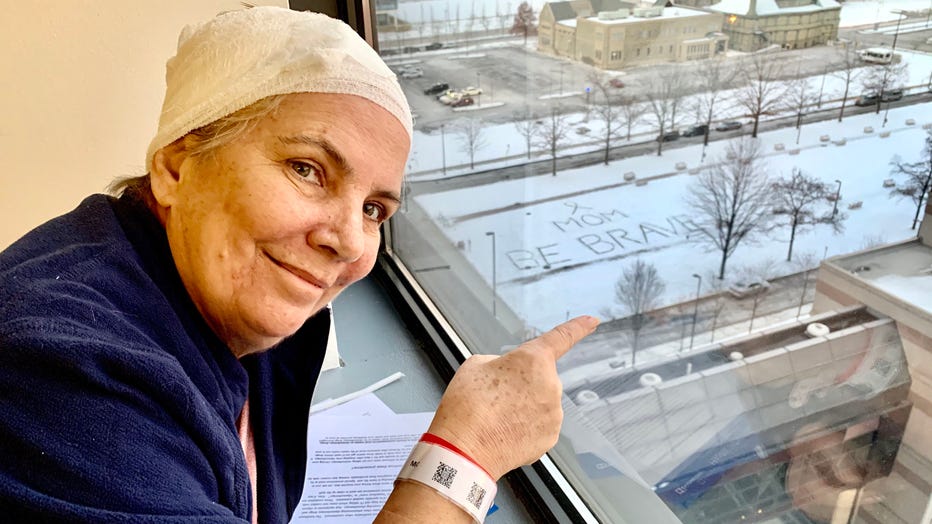 Michele Schambach, of Guatemala, is pictured next to the large gesture written in the snow by her daughter at the Cleveland Clinic in Cleveland, Ohio. (Photo credit: Marie Schambach)

Her doctor in Central America recommended she travel to the Ohio-based medical center to get treatment from Dr. Gene Barnett, director of the medical center’s Brain Tumor and Neuro-Oncology Center.

Michele and her family flew to the medical center in October for surgery, and she received her first round of chemotherapy and radiation, officials said.

After returning this month for follow-up care, Schambach was “feeling down about her blood counts not improving and being so far from home,” according to the clinic.

Dr. Marie Schambach, Michele’s daughter who is also from Guatemala, spotted snow outside the clinic’s main campus. It was the first time Marie had ever seen snow, so she decided to leave a sweet message on a green space outside of the window to raise her mother’s spirits.

Photos show the message in giant letters, which reads: “MOM, BE BRAVE.” 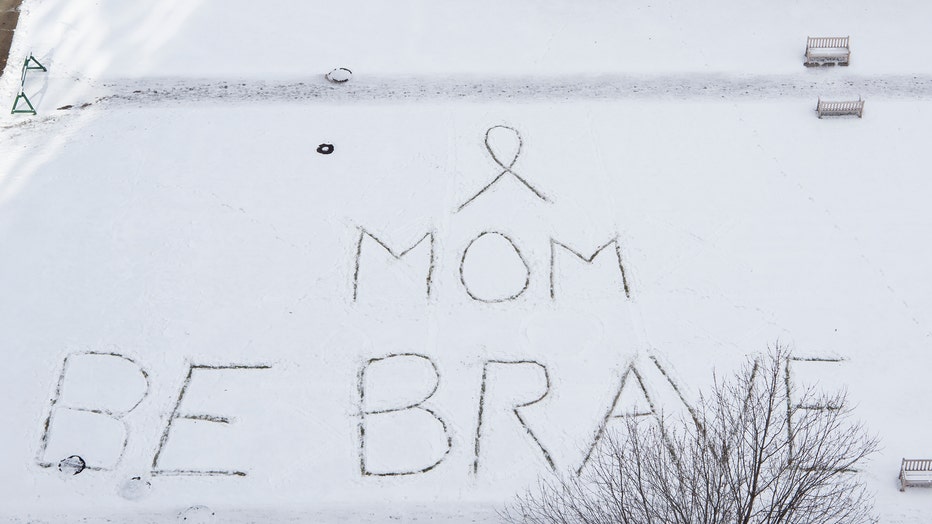 “A beautiful message was left at our main campus today,” the Cleveland Clinic wrote on Twitter, prompting several others to leave well wishes and commenting on the sweet gesture. “To the person who wrote it, you've touched our hearts.”