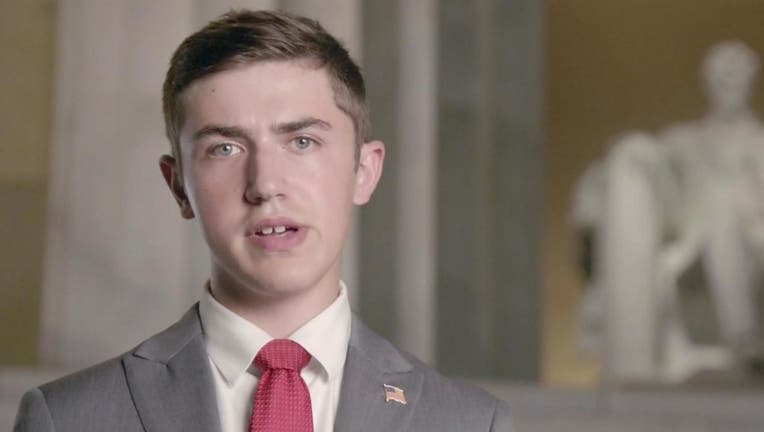 Nick Sandmann landed a paid position as grassroots director for McConnell's reelection effort in Kentucky, the senator's campaign said Friday. Sandmann started his new role this month, and McConnell campaign manager Kevin Golden said they're “excited" to have him on board.

READ MORE: Teen known for interaction with Native American man during protest praises Trump, 'who calls out the media'

As grassroots director, Sandmann will assist in developing field operations and building coalitions.

“Along with our already strong team, his efforts to bring people together all across Kentucky will be critical to Senator McConnell’s victory this November,” Golden said in a statement.

Sandmann, a Transylvania University student, tweeted Thursday: “finally got to add more to my bio than just my schools.”

McConnell, the top congressional ally to President Donald Trump, is seeking a seventh term. His Democratic challenger is Amy McGrath, a retired Marine combat pilot who has raised huge amounts of campaign cash but faces an uphill fight against McConnell in conservative-leaning Kentucky.

Sandmann was in the national spotlight again at this week's Republican National Convention. He gave a speech accusing news outlets of being driven by “anti-Christian, anti-conservative, anti-Donald Trump” bias in reporting on his encounter at the Lincoln Memorial.

Sandmann was among students from a northern Kentucky high school who participated in an anti-abortion march in Washington in early 2019.

Video widely shared online showed Sandmann and Nathan Phillips standing close to each other, with Sandmann staring and at times smiling at Phillips as Phillips played on a drum. Sandmann was wearing a red “Make America Great Again” cap. Both Sandmann and Phillips later said they were trying to defuse tensions among groups that had held competing demonstrations.