The Jackson Police Department posted a photo of the man on social media and many poked fun at the suspect for pulling his mask down during a bank robbery.

JACKSON, Miss. - Police in Jackson, Mississippi are looking for a suspect who they say took his mask off when robbing a local bank, giving security cameras a clear view of his face.

The man fled with an undetermined amount of cash after he passed a threatening note to the bank teller, police said.

The Jackson Police Department posted a photo on social media of the man, who appeared to be wearing a disposable surgical mask under his chin, revealing his face. 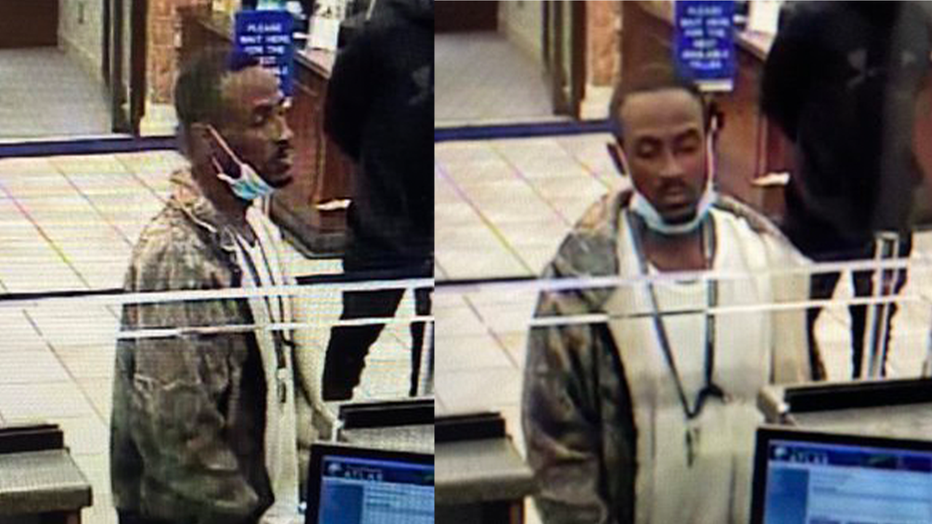 Security footage of a Mississippi man who robbed a bank with his face mask pulled down. (Jackson Police Department.)

The department posted the photo on their Twitter account. Many users made fun of the culprit for pulling his mask down during a bank robbery.

“The ONE time in U.S. history when it's actually okay to wear a mask in a bank,” joked one user.

Jackson authorities say the suspect is still at large and ask anyone with information that could lead to the man’s arrest to call Crime Stoppers at 601.355.TIPS (https://t.co/pmeMfXm3zw?amp=1)(8477).