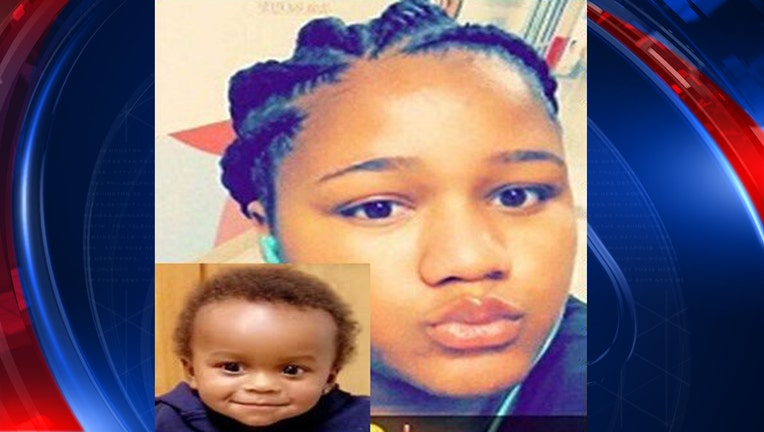 WASHINGTON - UPDATE: A missing 16-year-old girl and her 1-year-old son have been found safe after they had been missing from Northwest D.C.

MPD says R'Riel Goodman, 16, and Chase Goodman, 1, have been located and are safe. They were last seen in the 200 block of V Street NW on Thursday just before 11 a.m.

R'Riel is described as a black female with a light complexion who is 5'10" tall and weighs about 240 pounds. She has brown eyes, black hair, and was last seen wearing a black coat, black hoodie and blue jeans.

Chase is described as a black male, also with a light complexion. He is about 20 inches tall, weighs about 28 pounds and has brown eyes and light brown hair. When he was last seen, Chase was wearing a green coat, red hoodie and blue jeans.