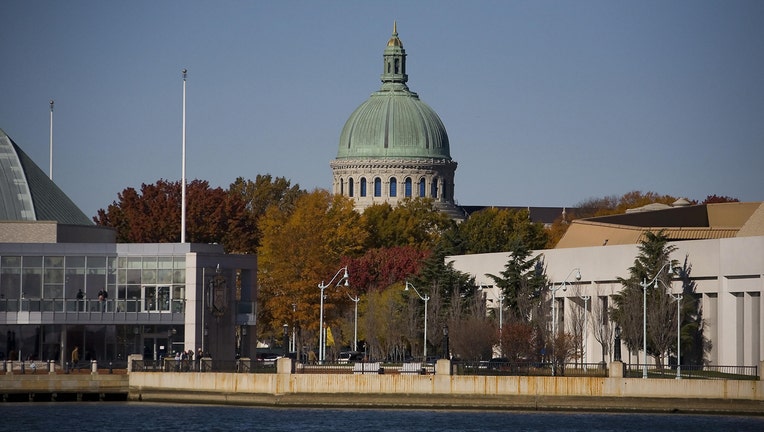 The campus of US Naval Academy is seen in Annapolis, Maryland. (Photo credit: JIM WATSON/AFP via Getty Images)

ANNAPOLIS, Md. - The Naval Academy announced on Friday that a midshipman was found dead Thursday night in a dormitory – and while the cause is under investigation, they do not suspect foul play.

The midshipman has not been identified. The Academy says it will wait until 24 hours after the family has been notified to identify the deceased.

They say the midshipman was found unresponsive in Bancroft Hall.

This is the second death reported by the Academy in the month of February.

On Feb. 8, 21-year-old Duke Carrillo died during a fitness test at the Annapolis facility.

The Academy says counseling services and support will be available for midshipmen, faculty, and staff.