WASHINGTON - Could a rat have helped the New York Mets rally to beat the Washington Nationals?

That's what it looked to some fans who saw the rodent scurry onto the field during the game at Nationals Park Tuesday night. 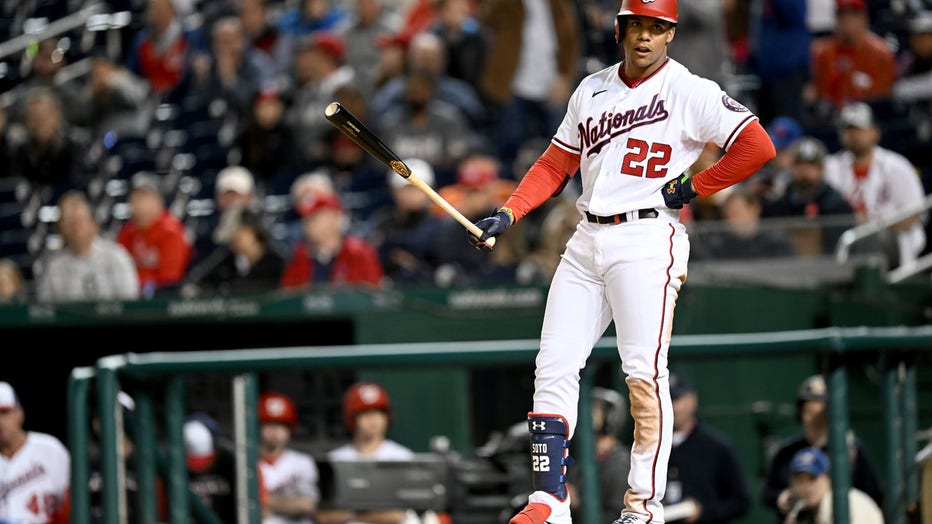 Juan Soto #22 of the Washington Nationals reacts after fouling out to end the eighth inning against the New York Mets at Nationals Park on May 10, 2022 in Washington, DC. (Photo by Greg Fiume/Getty Images)

The Nats were ahead when the rat made its appearance right before James McCann hit a sacrifice fly that drove in the go-ahead score for the Mets during a three-run sixth inning.

Over 21,000 were in attendance for Pups in the Park night at Nats Park.

The Mets went on to beat the Nationals 4-2.