WASHINGTON - The two men charged with impersonating federal law enforcement officers appeared in court today, and a federal prosecutor said conspiracy charges may be next.

Haider Ali and Arian Taherzadeh allegedly pretended to be with the Department of Homeland Security.

They have been accused of gifting federal officers items in order to get close to them. Four Secret Service agents are now also being investigated, including a member of First Lady Jill Biden’s detail.

In court on Thursday, the federal prosecutor said they found the younger of the two suspects, 35-year-old Haider Ali, in possession of older Pakistani and Iranian visas. Prosecutors said Ali visited Doha, Qatar multiple times. They also claim he allegedly told at least a couple of witnesses he has ties to the Pakistani Intelligence Service.

Two men are behind bars after the FBI raided an apartment complex in Southeast D.C. Wednesday afternoon.

The two are accused of operating out of the Crossing, a luxury Southeast D.C. apartment building, where investigators say they allowed a Secret Service agent to stay rent-free in a penthouse unit worth over $40,000.

Ali and Taherzadeh are currently only facing one count of false Impersonation of a federal officer. Officials in court today said the two gained access to multiple units at the Crossing D.C. apartment building, living in two and using others for storage.

FOX 5 DC has learned a lot of federal officers live in this building. Court documents say the two suspects gifted items to integrate themselves with federal agents, telling residents they were with a special unit that investigated gangs and the Jan. 6th insurrection. 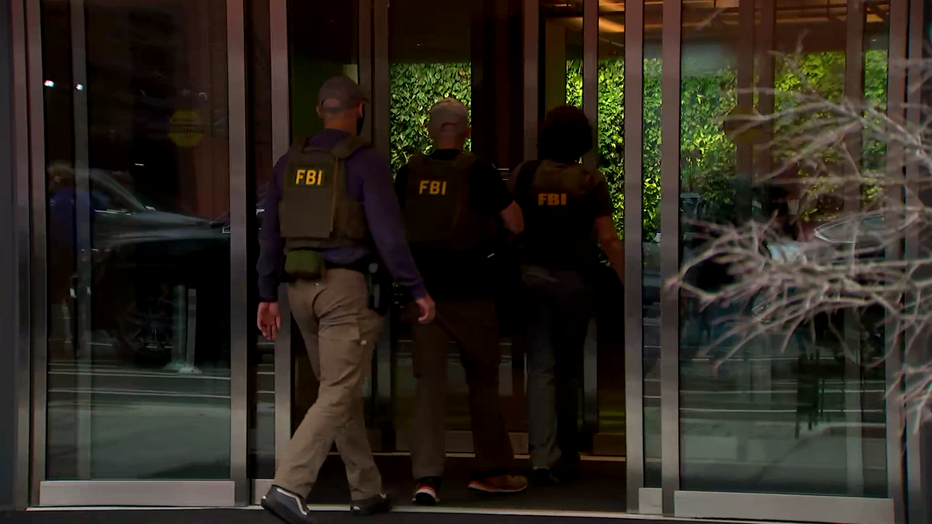 After the FBI searched five residences and three vehicles, prosecutors said they found all kinds of law enforcement gear like body armor, ammunition, gas masks, zip ties, DHS patches for clothing, a loaded lock, and even a binder containing a list of every resident in the building.

Residents tell us they’re concerned, along with giving security access, building management may have given the suspects the private information residents used to lease their apartments.

Federal investigators believe this has been going on since 2020. What appears to have triggered the investigation was a postal inspector came to investigate an assault involving a postal worker about three weeks ago and residents pointed that investigator to the two men charged.

Both Ali and Taherzadeh are slated to attend a detention hearing tomorrow at 3:30 p.m.