WASHINGTON - Senators chose party leaders Tuesday with few changes at the top, but it's unclear who will be the majority leader in the new Congress with no party having secured control of the Senate until a January runoff election in Georgia.

Sen. Mitch McConnell, R-Ky., won another term as Republican leader, his office said, cementing his role as the longest-serving GOP leader in U.S. history. Sen. Chuck Schumer, D-N.Y. won his party's support to stay on leading the Democrats, according to a Democrat granted anonymity to discuss the closed-door balloting.

None of the leaders were being challenged in Tuesday's private party elections, with their entire leadership teams set to be reinstated.

But it’s still to be determined whether McConnell will retain his role as majority leader or cede it to Schumer as the final races for the U.S. Senate play out. 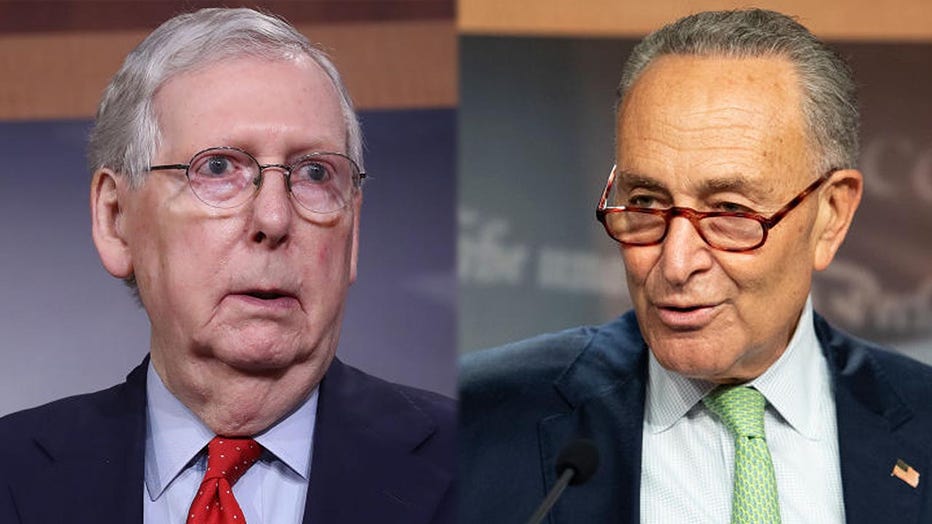 Last week's elections left the chamber split, 48-48, heading into the new Congress next year. Republicans brushed back Democratic challengers in several states, but failed to lock down the seats needed to retain their majority.

Races for two seats in Georgia heading to a Jan. 5 runoff are swiftly becoming a showdown over control of the chamber. The state is closely divided, with Democrats making gains on Republicans, fueled by a surge of new voters. But no Democrat has been elected senator in some 20 years.

Two other seats in North Carolina and Alaska remain too early to call. In North Carolina, Sen. Thom Tillis is trying to fend off Democratic challenger Cal Cunningham in a tight race. Alaska GOP Sen. Dan Sullivan is favored for another term against Al Gross, an independent running as a Democrat.

Even if Republicans secure the final two races where ballots are still being counted in North Carolina and Alaska, they would still fall short of the 51 seats needed.

The math has become more challenging for McConnell because the vice president of the party holding the White House casts the tie-breaking vote in the Senate. Next year that would be Vice President-elect Kamala Harris. That means 50 seats for Democrats would result in control over the chamber. But Republicans would need 51 seats to cement their hold on power.

The stakes are high for all sides, with strategists expecting an eye-popping $500 million could be spent on the Georgia runoff elections in the weeks ahead.

A Democratic majority in the Senate, the party that also controls the House would give the party a firm grasp on power in Washington. Biden would have latitude over nominees, including for his Cabinet, and a chance to push major portions of his legislative agenda through Congress. If Democrats fall short, McConnell could wield the power to check Biden’s ambitions.

The Republican leadership team is set to include Sen. John Thune, R-S.D., as whip; with Sen. John Barrasso, R-Wyo., and others holding other leadership roles.