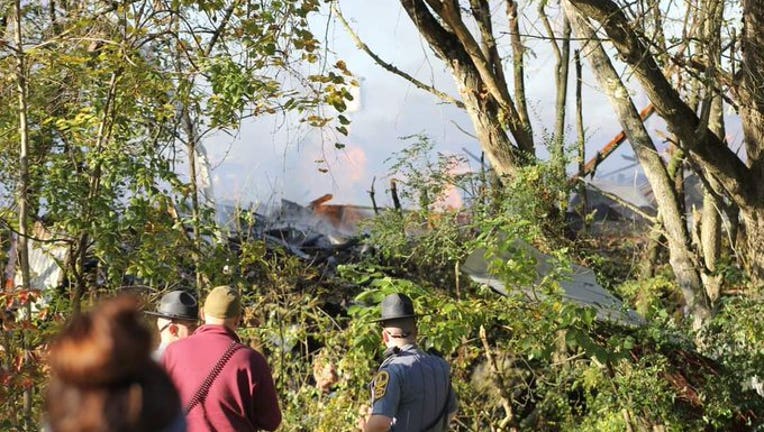 At least three people are injured after a building explosion in the Shenandoah Valley (Photo credit: Twitter/@silvabrite3)

HARRISONBURG, Va. - UPDATE (1:09 P.M.): James Madison University says a student is among those injured in this morning's explosion. The student is expected to be released from a local hospital soon:

ORIGINAL: An explosion rocked Harrisonburg, Va. in the Shenandoah Valley on Saturday morning.

Three people have been injured in an explosion in a commercial area on South Main Street, city spokesman Mike Parks told reporters. Two of the victims were taken to the hospital in serious condition.

The cause of the explosion is not yet known, but police and ambulances were on the scene investigating as of late Saturday morning.

Gov. Ralph Northam tweeted that he has deployed state emergency personnel, and called the incident a "gas explosion."

The fire and damage have so far been contained to the initial shopping area, which included a barbershop, vape store, music store and grocery store.

Footage from the scene, as seen in tweets, showed a thick column of smoke that could be witnessed from the surrounding area.

Social media reactions indicated that the initial explosion was felt possibly miles away.

Residents as far as Dayton, some 5 miles away, and Weyers Cave, about 13 miles away, claimed to have felt or heard the explosion, according to WHSV News.

This is a developing story; check back for updates.