The FBI is looking for several suspects who are targeting delivery trucks in DC and Prince George's County.

WASHINGTON - The FBI is searching for three suspects responsible for robbing and carjacking delivery trucks in D.C. and Prince George’s county.

The agency is now offering a $10,000 reward for any information that leads to an arrest.

Assistant Special Agent in Charge Robert Bornstein in charge of WFO’s Criminal Division hopes the money gets someone to talk. 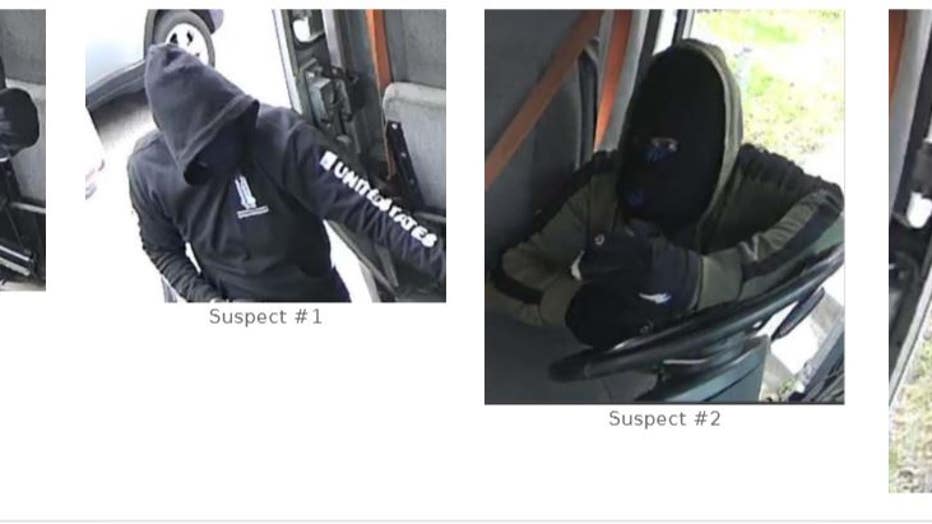 Two carjackings and three armed robberies happened in the span of just one week in the 6th Police District of Washington, D.C. and the District Heights neighborhood of Prince George’s County, Maryland. The first occurred on November 10.

“With some of the holidays arriving and some brands such as iPhone 12s and PlayStation 5 coming out which are very hot commodities; I think that’s what’s driving this type of act,” said Bornstein.

A trio of robbers are targeting delivery trucks this holiday season - and the FBI is looking for them.

According to D.C. police reports, packages, hundreds of dollars, cellphones, and other personal items were stolen.

One armed robbery report stated a robber told a victim: “Don’t move or he will blow your head off!”

“No one was seriously harmed in these incidences and that’s one of the reasons why we’re taking this so importantly to try to arrest and prosecute these individuals because we don’t want anyone hurt in these types of incidences,” said Bornstein.

The latest statistics from D.C. police show there’s a 129 percent increase in carjackings this year compared to the same time last year.

Police say the problem is people are leaving their cars unlocked and running which creates crimes of opportunities for thieves.
Bornstein said it is important for the public to stay on high alert this holiday season.
“Observe your surroundings and have situational awareness of who’s around you and take common practical senses of not keeping your vehicle running. This has to do with targets of opportunity and next thing you know, your car is being stolen and used in another crime,” said Bornstein.

D.C resident Russ Schuessler knows what is like to be a victim of crime during the holiday season.

“I think people are desperate,” said Schuessler. “Last year, about this time, my wife and I had our bike stolen from our apartment.”

As the coronavirus pandemic continues, more people are shopping online which means a surge in home deliveries. After hearing about the recent carjackings and robberies, DC resident Damian Pumphries is worried about his family’s safety.

“It’s ridiculous. This needs to stop,” said Pumphries. “I have a sister who likes to order stuff online and it can take days for it to come, who knows what can happen to her stuff.”

“The safety of our team members and service providers is our top priority. FedEx is cooperating fully with the investigating authorities.”