BALTIMORE, Md. (FOX 5 DC) - The Maryland Zoo is officially introducing Ruby, a rare and precious African penguin chick and the first to hatch in 2021.

Ruby was officially named via popular vote in an online naming contest. She hatched on Jan. 8.

The Maryland Zoo staff has revealed the name of its newest penguin chick.

The zoo has been hatching penguin chicks for more than 50 years, celebrating the arrival of chick number 1000 in 2018 and naming the chicks each year with a new theme.

Since African penguins are a rare and endangered species, the zoo has partnered with Smyth Jewelers to help spread the word about the new chicks. 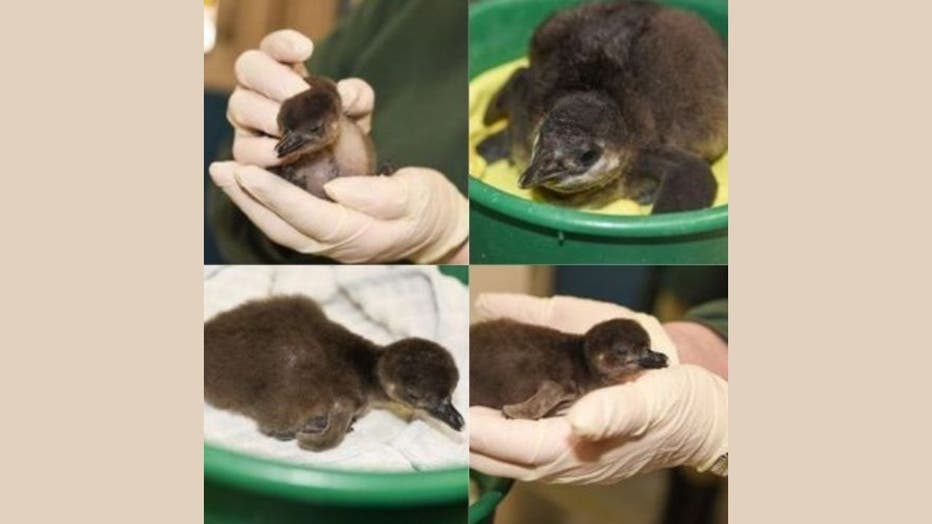 "We are feeling the love! It has been great fun partnering with the Zoo to help them name this year’s rare penguin chicks after equally precious gemstones," said Ruthann Carroll, director of advertising at Smyth Jewelers. "African penguins are endangered in their native range, and we are happy to help bring more attention to the great work the Zoo does on behalf of the penguins in their care as well as in the wild."

The zoo and Smyth Jewelers held a public online naming contest for the first hatchling. Over 4,400 votes were received, and the name Ruby beat out three other contenders with almost 37% of the votes.

The staff at the Maryland Zoo on Tuesday revealed the name of their new penguin chick.

Currently, nine chicks have hatched this breeding season and several of those have received their treasured names – Diamond, Pearl, Topaz and Onyx. While Ruby and the other penguin chicks are not viewable to the public, juvenile and adult penguins can be seen at Penguin Coast.

Penguin Feeding programs are offered twice daily, free with admission, and there are several special experiences where you can get closer than ever to penguins including Penguin Encounters, the Penguin Fish Toss and Penguin Training, which are all offered throughout the year for an additional fee.