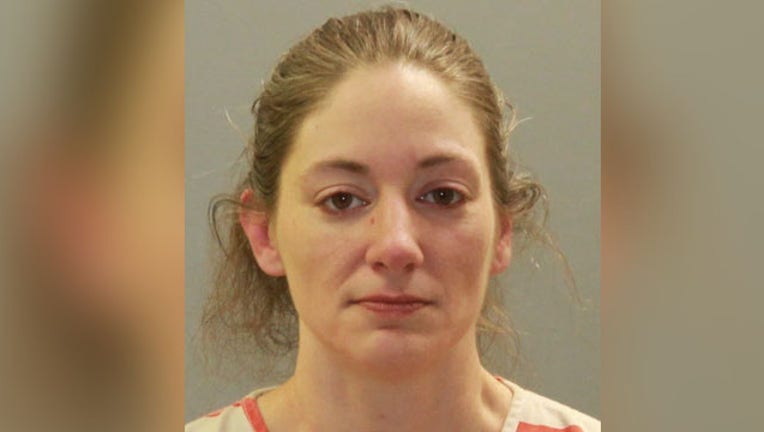 KNOXVILLE, Md. - A Maryland woman accused of murdering her fiancée told investigators that the victim had abused her for days, and threatened to kill her, along with her children, according to charging documents.

The Frederick County sheriff’s office on Monday charged Michelle Handorf with first-degree murder, second-degree murder, and criminal use of a firearm in connection with the death of Wesley Alan Gibson.

Two children were at the scene when sheriff’s deputies responded.

Investigators say Handorf told them the killing happened after a flurry abusive incidents in their Knoxville home.

She told them the couple had been together for several years, and that Gibson had been abusive throughout that period. Handorf also said that Gibson suffered from PTSD.

According to the charging documents, Handorf told the investigators that Gibson seized her throat and threatened to kill her, yanked her hair and threw her around, told her he would drown her, and extinguished a burning cigarette in the palm of her hand.

Despite the alleged repeated abuse, Handorf told investigators that she never retaliated against Gibson.

According to her account in the charging documents, Handorf took possession of Gibson’s gun while he was in the bathroom.

When noticed it was missing, he became enraged, and she retrieved the gun and reloaded it.

Handorf told the investigators that when Gibson saw the weapon in her hand, he “got a crazy look in his eyes and turned to her,” adding that she feared for her life.

When he stepped toward her, Handorf said she fired the gun, striking him in the chest.

Gibson died after being taken to a local hospital.

Handorf was initially denied bail, but another status hearing was scheduled for Wednesday afternoon.