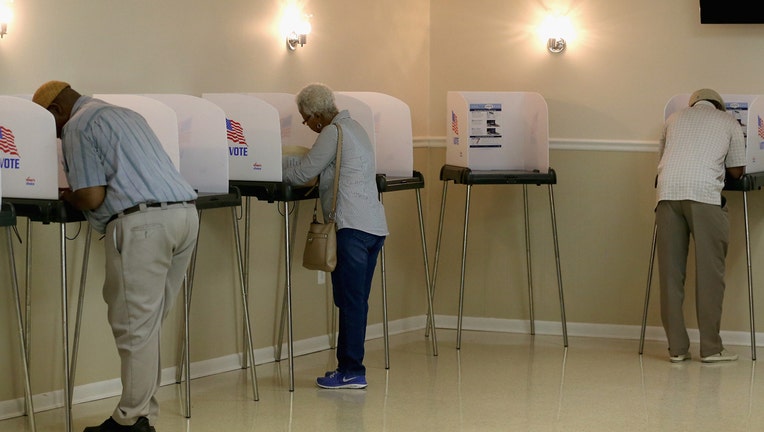 ANNAPOLIS, Md. - Before you head to the polls to cast your vote in Maryland on Nov. 6, here's everything you need to know:

Polling stations will be open on Tuesday, Nov. 6 from 7 a.m. to 8 p.m. As long as you are in line before 8 p.m., you will be allowed to vote. If you need to find your local polling station, click here.

The deadline to register to vote or change your party affiliation was June 5. You can review your voter registration record and status here.

Remember, you must be 18 years old to vote in the Nov. 6 midterm election.

-- Copy of current and valid photo ID such as a Maryland driver's license, MVA ID card, student, employee, or military ID card, U.S. passport, or any other state or federal government-issued ID card.
-- Copy of current utility bill, bank statement, government check, paycheck or other government documents that shows your name and address. Current means that the document is dated within three months of the election.

You can find more rules and information for voting in Maryland elections here.

As you're voting, remember that taking a "ballot selfie" is NOT allowed in Maryland.

Marylanders will be keeping a close eye on several races, including the race for governor, which features a heated race between Republican incumbent Larry Hogan and Democratic challenger Ben Jealous.

Republican Craig Wolf is running against Democratic incumbent Brian Frosh in the race for Attorney General, while Democrat Ben Cardin is trying to fend off a challenge from Republican Tony Campbell for his U.S. Senate position.

U.S. House - District 6: The 6th Congressional District is up for grabs after incumbent John Delaney announced in 2017 that he planned on running for president in 2020. Representing the major parties are Democrat David Trone and Republican Amie Hoeber.

Marylanders will also have a chance to vote on two statewide amendments - Gaming Revenue for Education and Election Day Voter Registration.

The Gaming Revenue for Education amendment would codify the promise made to Marylanders years ago when they were told the money from gambling would support education.

The Election Day Voter Registration amendment would give Marylanders the ability to register to vote the same day that they head to the polls, much like residents of D.C.

DC Voting Guide: What you need to know before heading to the polls Nov. 6

Virginia Voting Guide: What you need to know before heading to the polls Nov. 6