Family stopped from boarding plane because child had coronavirus

It was a&nbsp;close call for several passengers on their way to Puerto Rico on Tuesday before Thanksgiving when a mother and son were stopped minutes before boarding a&nbsp;flight at Baltimore/Washington International Thurgood Marshall Airport after the child tested positive for COVID-19.

BALTIMORE, Md. (FOX 5 DC) - It was a close call for several passengers on their way to Puerto Rico on Tuesday before Thanksgiving when a mother and son were stopped minutes before boarding a flight at Baltimore/Washington International Thurgood Marshall Airport after the child tested positive for COVID-19.

Officials with the Maryland State Police confirmed Wednesday that they were contacted by a health officer on Maryland’s lower eastern shore in Wicomico County that a 9-year-old child had tested positive for the virus, but the health department was unable to get in touch with the mother to notify.

Once the department came to know that the mother and son were going to be traveling, several agencies, along with state police, took action.

“State police immediately reached out and contacted the Maryland Transportation authorities at BWI,” said Sgt. Travis Nelson. “We gave them the names of the individuals and the only information we had was that they were departing for Puerto Rico at 4:15 p.m and to begin to look for them.”

That’s about the same time Nelson said health officers with the county’s health department issued an isolation order for the young boy and a quarantine order for the mother. 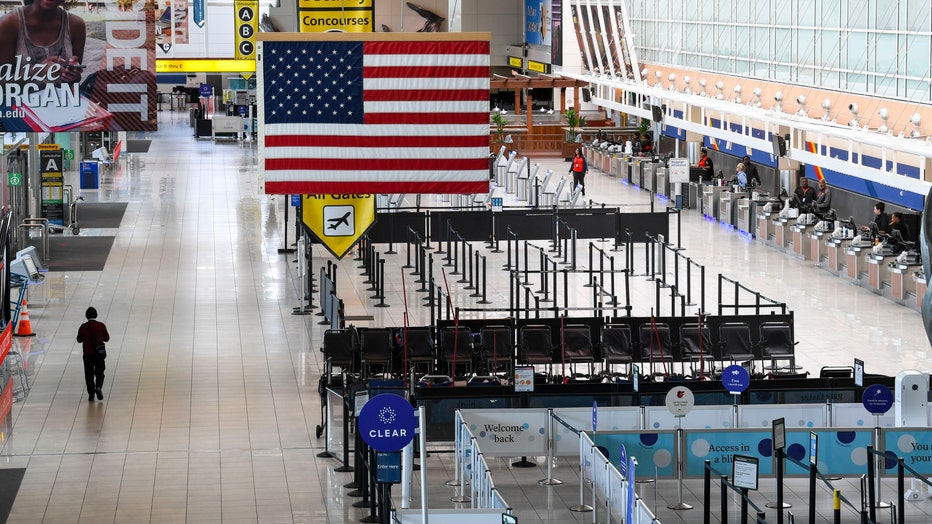 The A Terminal at BWI Airport. (Photo by Jonathan Newton/The Washington Post via Getty Images)

“We have each other on speed dial,” said Nelson of the several agencies involved, “to be able to take this swift of an action from 3 o’clock of us receiving the call to 3:45 p.m. of locating these individuals at the airport and having them stopped before anybody else was exposed to COVID.”

Sgt. Nelson explained that legal quarantine and isolation orders in most cases include a requirement that the individual does not travel and remains at home.

State police believe the mother and child genuinely did not know the child was positive with the virus.

Nelson said that while the parties involved cooperated in this case, those who won’t could face some serious consequences.

“Once a person has been issued that legal isolation or quarantine order, if they don’t abide by it. then the state police has a specialty team that will go and take that person into custody,” Nelson explained.