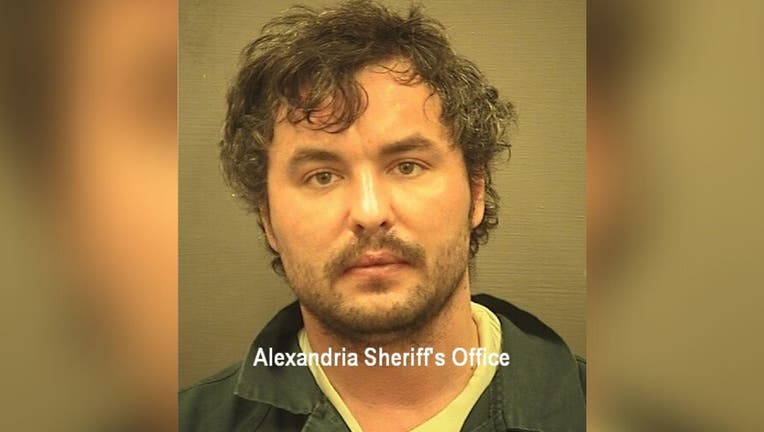 ALEXANDRIA, Va. - A Maryland man who operated an online drug dealing website engaged in extensive plans to bomb and burn down a competing pharmacy in Nebraska, an FBI agent testified Monday.

At a court hearing in federal court in Alexandria, Virginia, the agent testified that William Burgamy, 32, of Hanover in Anne Arundel County, was getting his supply of drugs from a pharmacist in Nebraska. Under the plan discussed in a journal and text messages, Burgamy and his supplier pharmacist reasoned that if the competing pharmacy were destroyed, Burgamy's pharmacist would pick up new customers and could then increase his supply to Burgamy without attracting suspicion, authorities said.

“The defendant is a dangerous and volatile individual who schemed to blow up that pharmacy using Molotov cocktails,” prosecutor Raj Parekh said.

During a two-hour detention hearing conducted by conference call, FBI agent Samad Shahrani said that a search of Burgamy's home found eight loaded weapons in his residence. Text messages showed that he made a list of needed equipment that included body armor, weapons, bottles, lighter fluid and other materials. Last month his pharmacist gave him a map that could be used to plot his getaway after bombing the rival pharmacy, Shahrani testified.

Public defender Elizabeth Mullin had argued Burgamy should be released pending trial, saying that his talk about firebombing a pharmacy was just hyperbole. She also said pretrial detention should be used sparingly because jails can be a particular risk for spreading the coronavirus.

Burgamy “does not have an unrequited thirst for violence,” Mullin said.

Burgamy was arrested last week on charges of illegal drug distribution and money laundering after prosecutors accused him of selling large-scale quantities of narcotics and other drugs over the internet.

An FBI affidavit states Burgamy operated a business on the Darknet called NeverPressedRX that sold oxycodone and other narcotics over the internet without a prescription.

Court papers do not specify the volume of transactions, but show Burgamy regularly exchanged thousands of dollars worth of Bitcoin used in the purchases for U.S. currency.

Burgamy boasted on his vendor page late last month that, “Even with Corona Virus the shop is running at full speed,” according to the affidavit.

Neither the testimony nor the court documents specified the Nebraska town or towns where the pharmacies were located.