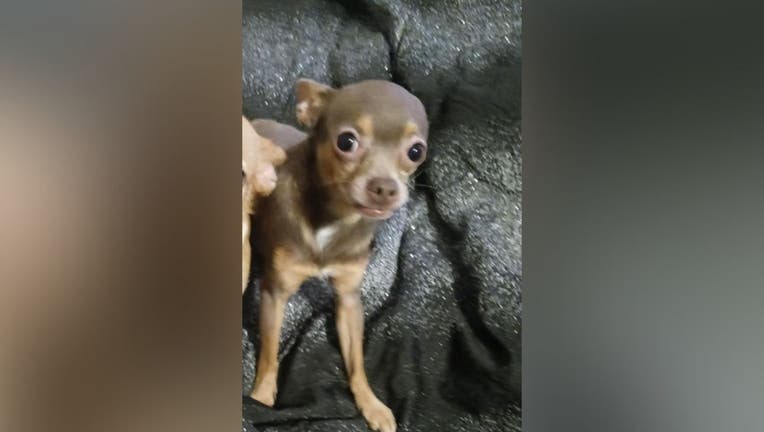 The family says Prince disappeared near their home on Allentown Road in Temple Hills the weekend of July 16 after another son let him out.

The family says they have searched everywhere – but they haven’t been able to find their son’s beloved pup.

In a letter to FOX 5, the family said their son is beside himself:

"He is devastated and very depressed, so am I. My son does not adapt to people very well or go out much because he is in a wheelchair and people stare which makes him feel very uncomfortable and afraid to be around strangers. He is unable to play with other children. His dog kept him comforted and made him happy. It's his best friend, they always stayed together. "

Prince is a very small, 7-year-old, brown, tri-color Chihuahua, who weighs about three to four pounds.

READ MORE: Lost dog's day goes viral on Twitter; man who found him says Frosting will be part of his 'furever family'

His tail is curled and his ears stand straight up.

"I have done everything I could in trying to locate him. He is very skittish and would run from strangers but he will approach other dogs," the boy’s mother said.