A man who was charged with killing three friends in a drunk driving crash almost a decade ago was back in court again Monday for violating his probation.

OLNEY, Md. (FOX 5 DC) - The driver convicted of killing three friends in a 2011 DUI wreck was sentenced to seven years in prison for violating parole by repeatedly drinking and driving.

“This is a young man that took the lives of three people in a traffic accident but did time in prison for years, came out and returned basically in every way he possibly could, to the same kind of conduct that led to those three people earlier. This was about public – public protection,” said McCarthy, who also says this case shows ignition interlock devices work.

The states attorney’s office advocated for the use of ignition interlock devices in Noah’s Law, after Montgomery County Officer Noah Leotta was struck and killed by a repeat drunk driver in 2015.

Coffay was found guilty on three counts of manslaughter and for leaving this scene of an early morning fatal crash in May 2011. The crash claimed the lives of three current and former Magruder High School students: Haeley McGuire, Johnny Hoover and Spencer Datt. One other survived.

It had been reported at the time, that the small group left a party where they were drinking. Montgomery County Police say Coffay, the driver, was also speeding. His Toyota Corolla went off the road on Rt. 108 and crashed in a wooded area. Montgomery County Police said they used K9s to track Coffay after he left the scene. He was discovered hours later with a blood alcohol content level twice the legal limit.

On January 5, 2012, the Montgomery County States Attorney’s Office says Coffay, after a “long and emotional sentencing hearing before a packed audience,” was sentenced to serve 20 years in prison.

“Rather than accept his sentence and begin working on changing his mindset and his behaviors, the defendant sought to get his sentence reduced through review by a three-judge panel,” court documents read.

A three-judge panel reduced his sentence to eight years. Coffay served about half of that before being released on parole in 2016.

Investigators say at first, the 28-year-old sought treatment and followed the court-ordered process to get his license reinstated. That happened in 2018. However, court documents read, “From the time his license was reinstated on June 21, 2018, the defendant did not make three months before he violated the interlock program with a test over 0.025.” At 0.025, the device prohibits Coffay from driving by preventing his car from starting, according to the States Attorney’s Office.

Investigators said he failed the test multiple times and that he was also recorded speeding and running a red light. 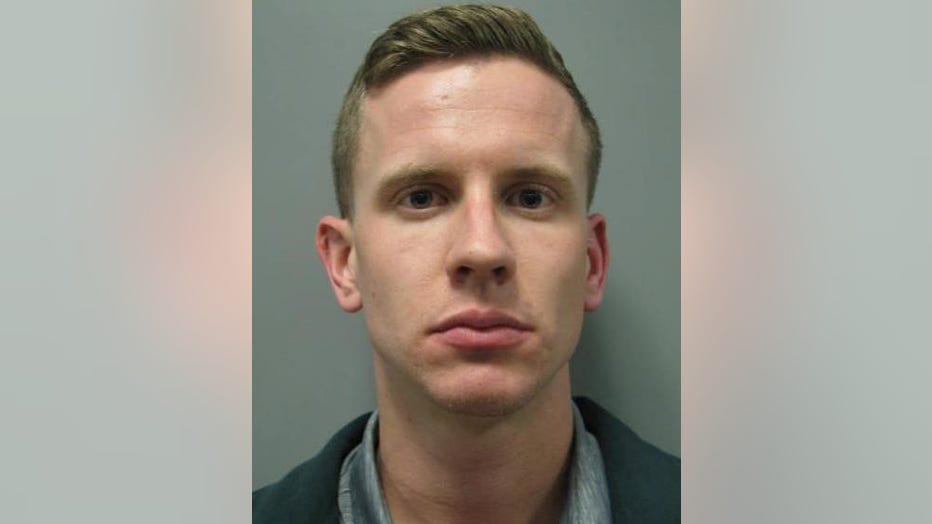 In April 2019, court documents say Coffay was made known that his license had been suspended. The following September, about five months later, Coffay was caught driving on a suspended license, without insurance and without an ignition interlock device, among other charges.

In court on Monday, Coffay’s attorney described the 28-year-old as a “hard core addiction individual that hasn’t gotten the treatment he needs.” The attorney also highlighted some of Coffay’s accomplishments, which was said in court to be making the Dean’s list at Salisbury University.

Coffay also spoke, asking the judge to sentence him but also incorporate treatment.

Before Coffay addressed the judge, the mother of Johnny Hoover also shared a few words. She shared how she suffers PTSD and depression from her son’s death and how she would wake to the images of the crash. She also told the judge she has difficulty hearing Coffay apologize, adding if he was truly sorry, he wouldn’t repeat his actions.

“What is realistic in 2020 is that you should have a plan. You should use Uber, public transportation, sober rides, whatever it is, so that you are not a danger to the community,” said Robin Stimson, a Victim’s Advocate for Mothers Against Drunk Driving.

It was made known in court that after most recent traffic arrest, jail recordings heard Coffay discussing a PTSD defense.

Chief of Special Prosecutions Bryan Roslund, also noted that Coffay, in jail recordings, spoke of his “shtick” were he would go to D.C. for a night of drinking. Court documents say he would stay there and go home the next day.

“It is his inability to separate himself from driving while using alcohol that requires he to be kept from access to cars by a long term of incarceration,” a State’s Violation of Probation Sentencing Memorandum reads.

The 28-year-old was sentenced to seven years for violating probation, in addition to the two years and 60 days he’s already serving for the September violation where he was caught driving on a suspended license.

He still has the right to seek a three-judge panel to review this latest sentence.