Last night, FOX 5’s Evan Lambert had a virtual waiting line of some 200,000 people in front of him. Today, FOX 5’s Stephanie Ramirez got more than 125,000. FOX 5 is following up on the botched roll-out of Maryland’s online unemployment application program.

"We share your frustration, and are committed to ensuring the site is fully functional and operating without capacity delays as quickly as possible," said Department of Labor Secretary Tiffany Robinson said in a statement posted on Twitter. 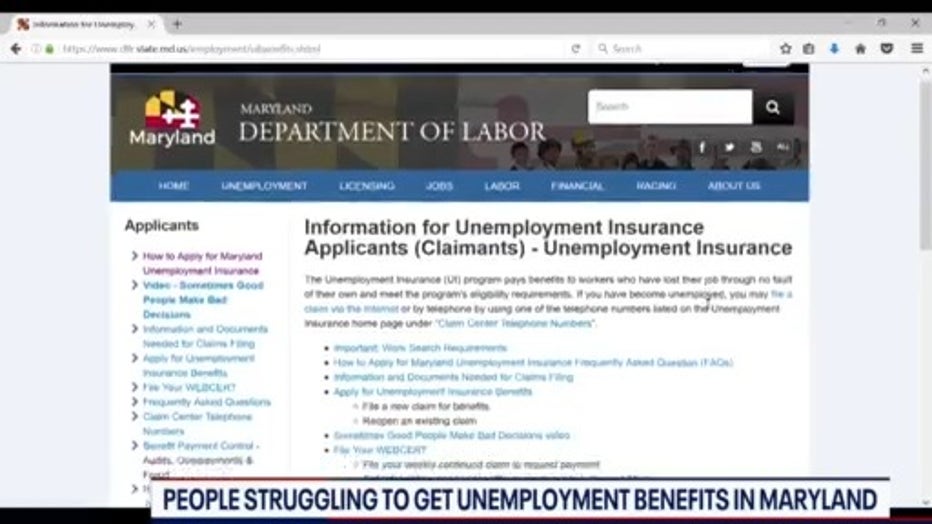 The website debuted Friday and was expected to act as a one-stop application for Marylanders to file unemployment claims and weekly certifications. The site crashed from the high demand and was taken down to correct problems with the portal, which is called BEACON. The site was returned to functionality late Sunday.

Officials say the site would be taken down nightly between the hours of 1 a.m. and 3 a.m. to work on the technical issues.

FOX 5’s Melanie Alnwick reported that the site experienced more issues Monday as the amount of people who attempted to access it surged. Alnwick says she tested the site when it came back online at 3 a.m. Tuesday and said an initial wait time of just a few minutes was quickly replaced by upwards of an hour. 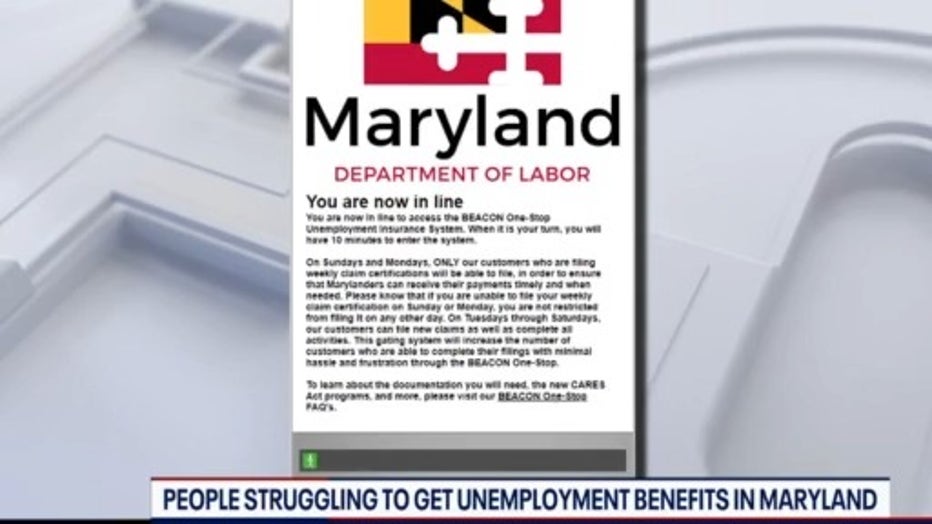 Maryland Governor Larry Hogan expressed his frustration that the site was not working perfectly but said he was glad it had been launched. Maryland unemployment claims have tripled in recent weeks now topping more than 350,000.

The Department of Labor says the site now features a virtual line where applicants will be able to receive an email when their turn is up. In addition, The site will only accept new claims Tuesday through Saturday. Sunday and Monday will be reserved for weekly certifications.

The vendor, Sagitec, has also issued an apology. Read their statement, in part, below:

"We worked with Maryland to launch BEACON One-Stop on Friday, April 24. While we anticipated and load-tested for an extreme volume of Marylanders to file claims through the system, we have experienced unexpected performance issues. We know that this is an already extremely trying time full of confusion and worry. We apologize for the frustration that performance issues have caused Marylanders and their families."

Sagitec also released the following statistics about usage from the launch on Friday, April 24 until April 27, at 5:55 pm:

State officials are apologizing for the less than stellar launch of Maryland's new online portal for unemployment claims saying its debut has 'clearly fallen short.'