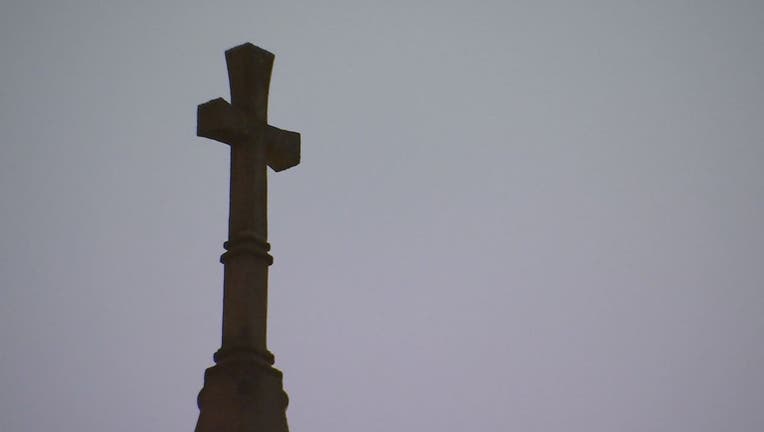 But FOX 5 learned several churches in Calvert County opted instead to continue streaming their services online amid safety concerns during the coronavirus pandemic.

FOX 5 contacted around a dozen or more churches in Calvert County to learn which ones reopened doors this Sunday, since Calvert County leaders are following Maryland Governor Larry Hogan’s “Roadmap to Recovery” reopening plan.

Pastors told FOX 5 they listened to Hogan's announcement last week and were surprised to learn houses of worship had been included in the state’s first reopening phase.

The original “Roadmap to Recovery Plan” had included houses of worship in Hogan's “Stage 2.”

RELATED: What phase 1 of Maryland reopening means for you

While many agreed with the Governor’s change, multiple religious leaders said they did not have enough time to ensure safety.

In Calvert County, houses of worship are allowed to reopen doors to half of their capacity. Religious leaders must also include social distancing measures, among other requirements.

“I kind of grimaced because I know a lot of people hear that and go ‘woo the church is reopening,'” said Trinity United Methodist Church’s Lead Pastor, Dr. James Swecker.

The Prince Frederick, Maryland leader compared turning members away due to capacity to scraping nails on a chalkboard.

He also said, after including six-foot social distancing measures, his church would only be able to fit around 40 people inside a sanctuary that can seat at least 200.

“Singing dramatically increases the risk of transmitting COVID … and at least doubles the distance the virus carries through the air,” part of the guidance reads.

Pastor Swecker said his church leadership was trying to account for everyone’s needs.

“We just felt like it was not a good thing to open today. And we, when we met yesterday we said 'we’re not even going to pick a date and say by this date, we’re going to be open' because we don’t know what’s ahead,” he said.

“The first thing I did was start calling around to other churches, other pastors that I know and other like-churches in the area, and none of them (were going to reopen)," said Pastor Robert Hahn of Chesapeake Church in Huntingtown. "One was going to come back and decided not to go back to the building – it was too fast,”

The senior pastor says Chesapeake Church usually sees upwards of 18-hundred people on Sundays, and also decided not to reopen.

The pastors' biggest concern now includes how to keep their hundreds of children safely apart.

There’s also the lingering question: what if another spike forces houses of worship to close again?

The religious leaders described their decisions for Sunday as one not made lightly.

“Everything we do is designed around community,” said Pastor Hahn, becoming emotional, “I’m even surprised even how much I miss the community and I know that’s the hardest thing. More than missing the worship and missing the teaching, which is really clearly important, it’s the being together which is the hallmark of the early Christian church – that they were always together. And we were always together -- and that’s the one thing we won’t be able to do even if we came back into the building. We’d be rushing people in and rushing people out.”

While many churches in Calvert County did not reopen doors this Sunday, FOX 5 did observe at least one church with speakers set-up in the parking lot area to host a drive-through or drive-in service for members.