LOS ANGELES - A woman was shocked to discover she developed cancer beneath her nail. Even more shocking, her doctor believes it was caused by a manicure.

It was Thanksgiving 2021 and mother of three, Grace Garcia, had no idea a last-minute manicure was about to change her life.

"It was a new salon. I did not want to go to my original place because they were booked. The tech was aggressive with my cuticle...it hurt a lot. It looked like a blister," Garcia told FOX 11.

Her right ring finger wouldn't fully heal and within three months she knew something was wrong. Her doctor sent her a dermatologist who biopsied her finger.

"On my way to the car he called me. That scared me. He said need to come back."

Garcia then went to UCLA health to see specialist Dr. Soleymani who she says may have saved her life.

"She had squamous cell carcinoma. Hers was caused by high-risk HPV," Dr. Teo Soleymani said.

He says her manicure may have triggered the cancer to develop.

It’s not clear exactly how many of these nail cancers are caused by HPV but Dr. Soleymani says he’s seen an increasing number of cases nationwide.

"Interestingly almost every single skin cancer I’ve dealt with that involved fingers or nails …have been associated with high-risk HPV. That is alarming - and it’s in younger patients."

According to the Skin Cancer Foundation and American Academy of Dermatology, up to 85% of squamous cell carcinomas of the fingers or fingernails are due to high-risk HPV. They can spread throughout the body if left untreated and an estimated 80,000 cases occur worldwide.

"Rarely do we see high-risk squamous cell carcinoma arising from this but I have had half dozen with this phenomenon," he said.

"I couldn't believe it... something as simple as a manicure could've killed me," Garcia exclaimed.

The California Department of Consumer Affairs told FOX 11 a state board has established disinfection procedures for all tools used in a salon setting and conducts random and targeted inspections. 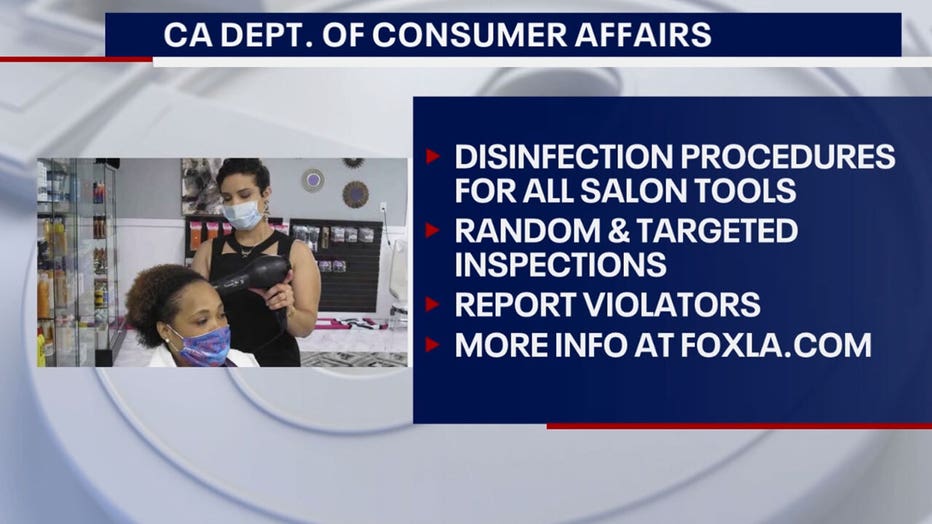 Any consumers that believe the Board’s regulations are not being followed are encouraged to file a complaint with the Board at barbercosmo.ca.gov or by calling 1(800) 952-5210.