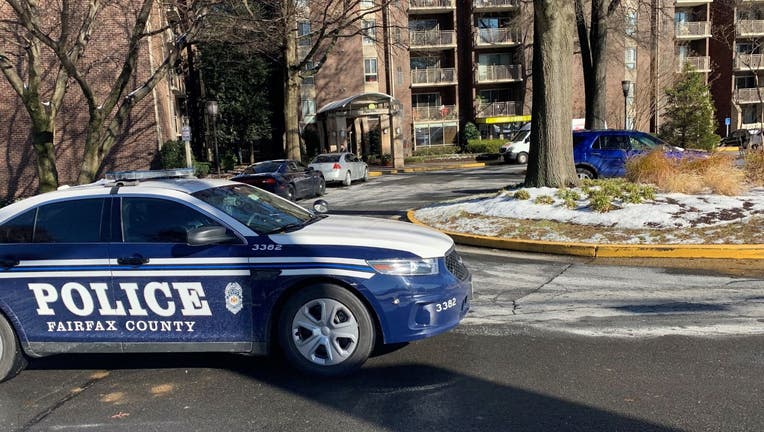 Fairfax County Police say officers responded to an apartment in the 2000 block of Peach Orchard Drive at around 10:49 a.m. after receiving a report from a person who was shot.

According to police, a teenager had called 911 advising that he had been shot in the face by a man who lives in the apartment. Police say the teenager sought shelter from the armed man in a bedroom and told the dispatcher that the man was actively trying to break into the room.

When officers arrived at the scene, they attempted to negotiate with the man from outside of the apartment. Police say these negotiations yielded no progress toward deescalating the situation.

Officers later entered the home and encountered the man, who they say was armed with a gun.

Police say two officers then shot the man in the upper body.

Officers removed the teen from the apartment before they took the man into custody.

Police say an officer suffered a minor injury from the incident and was treated at the scene. No other officers were injured.

The teen suffered non-life-threatening injuries during the shooting and was treated at a nearby hospital, according to police.

Police say the man was taken to the hospital where he was admitted for further treatment.

Police say information pertaining to the man’s identity and the charges he will face will be made public when the arrest warrants are served.

The two officers involved in the shooting have been identified as a 20-year and an 18-year veteran who are both assigned to the Special Operations Division. They have been placed on administrative leave pending the outcome of the criminal and administrative investigation, as per department policy.