FOX NEWS - See the unbelievable moment a tourist took a photo of his ice cream at the beach - just as a hungry seagull swooped in to eat the entire treat.

Phil Grant had recently purchased the soft serve on the Whitby Pier in Whitby, Yorkshire, England and hadn't even had a lick before the pesky bird stole it.

Hilarious pictures show him posing with the treat - and then two more of the gull tucking in and flying off carrying the ice cream. 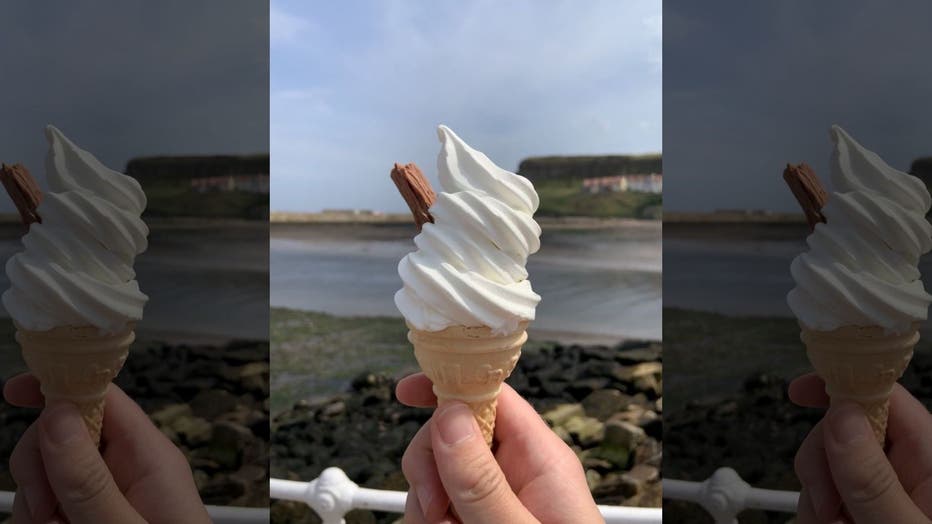 The 44-year-old man from Manchester, said his wife Eve, 39, thought it was hilarious. 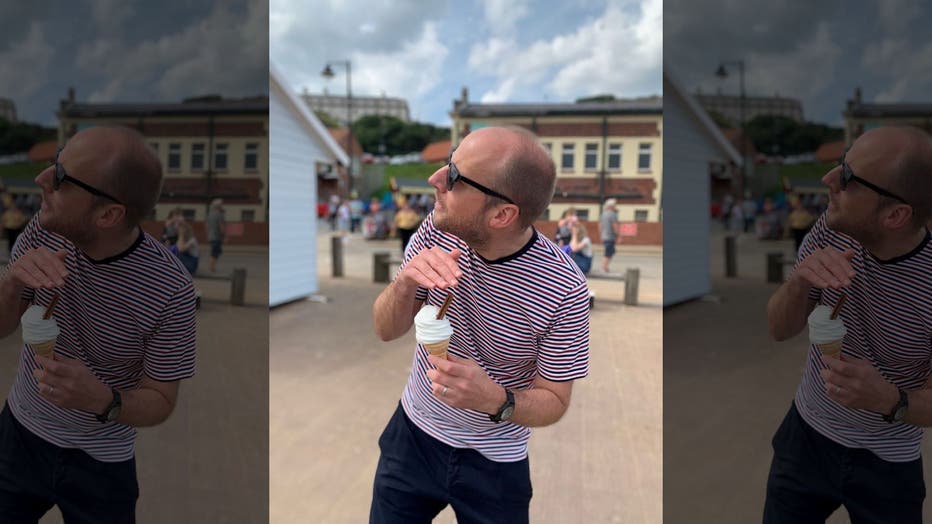 "It was a sunny day, so my wife and I decided to visit Whitby,” Grant recalled. “I'd grown up nearby and after moving to Manchester, I've missed the coastal delights of the East Coast.” 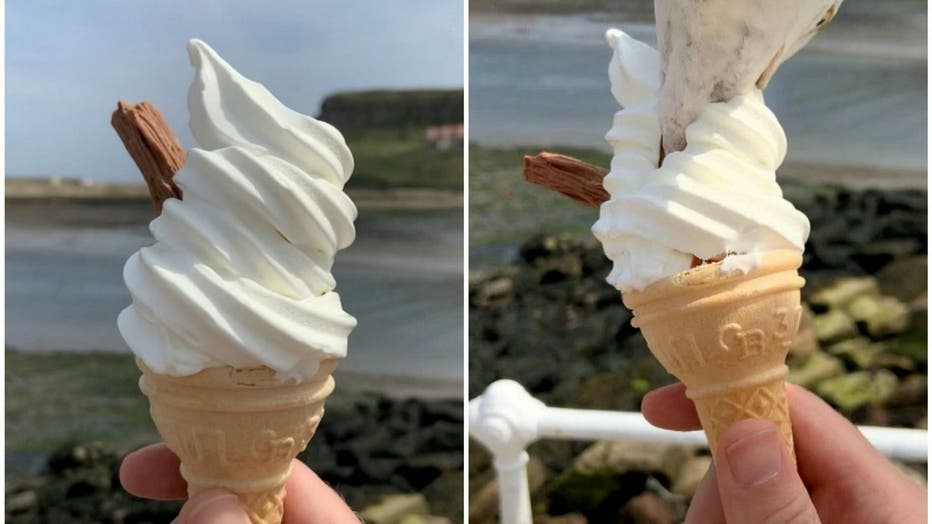 "I bought my childhood favorite and thought a snap of me holding my ice cream looking across from the pier towards Whitby Abbey would be a great photo for the family album,” he continued. "I felt something very large brush over the top of my head and the next thing I knew, a seagull was standing on the rocks below us, looking back up at me as he ate my ice cream!"

Poor Grant was in a state of disbelief, and left standing in shock holding only a sad empty cone as his wife laughed at the spectacle on Aug. 4.

Thankfully, the ice cream seller witnessed the daylight robbery and took pity on Grant, a town planner, and gave him a discounted second cone. 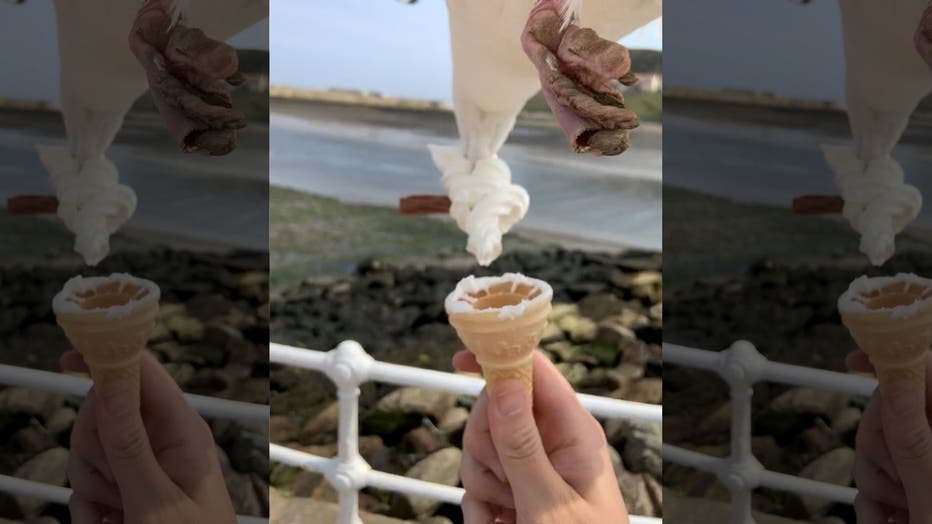 Determined not to lose his new snack, the man carefully guarded his new ice cream away from the pesky gulls. 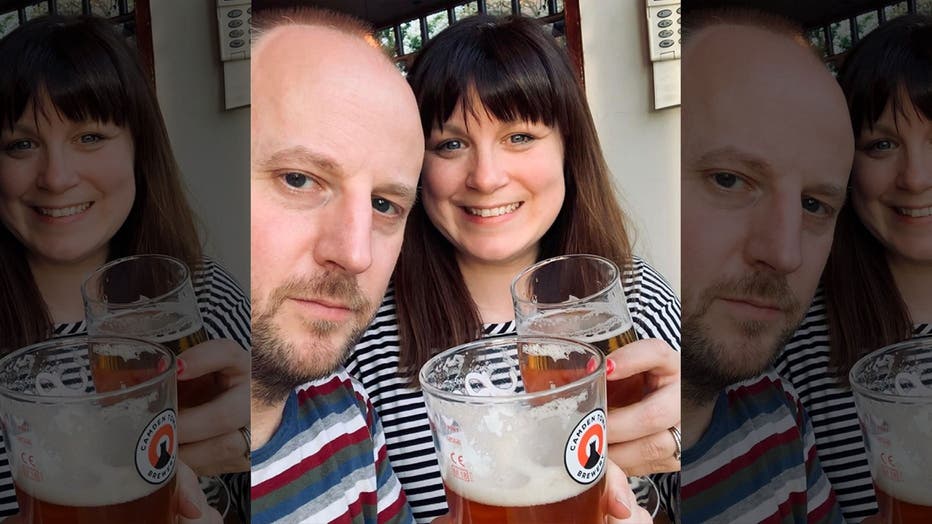 "I would have never expected to be attacked as I revisited my childhood roots,” Grant recalled. "Eve found the whole thing hilarious, stood watching me mourn my empty cone as she enjoyed her still very much intact ice cream!

"She did let me have a bit of her honeycomb cornet, which seemed to soften the blow of being robbed on the pier,” he went on. "I'm just glad I got to have another one at a discount, and I'll have my wits about me in the future for any winged thieves eyeing up my food!"