USA - A man in Thailand recently found out why he was having so much trouble breathing while he slept at night. Turns out it was all because of his overly affectionate cat.

According to The Dodo, Lomphonten Lomphontan set up a camera in his home just to see how his cat, Achi, spends his day while he's away. After having problems sleeping, he decided to turn a camera toward his bed to see if he could figure out why.

What he found was that Achi was making himself very comfortable at night by not just snuggling up to his owner, but sleeping right on top of his face! 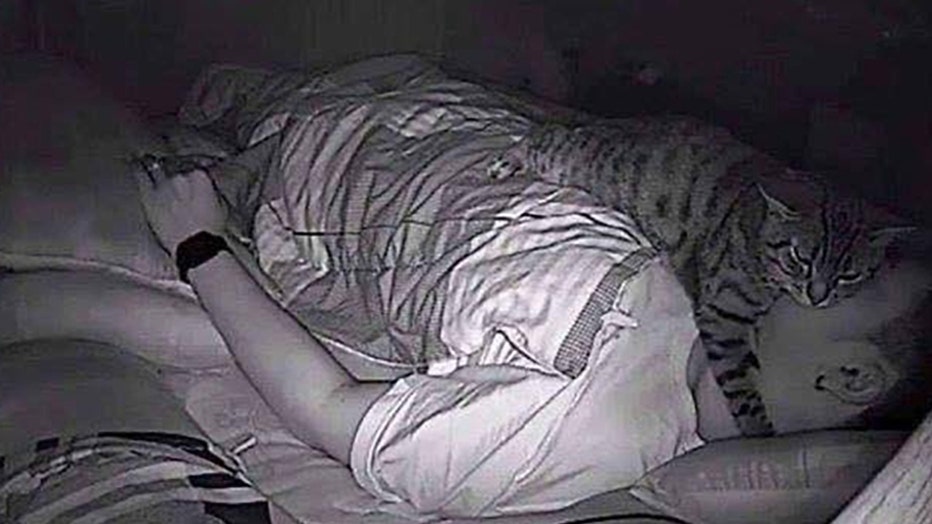 In a series of photos, Achi is seen looking curiously at Lomphonten. He then slowly creeps his way closer and closer to his face before getting completely comfortable and settling down on top of his nose and mouth.

Twitter user @stluis_htx posted the photos to social media which have blown up, racking up over 1.5 million likes.

Despite Achi disturbing his slumber, Lomphonten tells The Dodo: "I feel very much in love with him that he loves me like this."