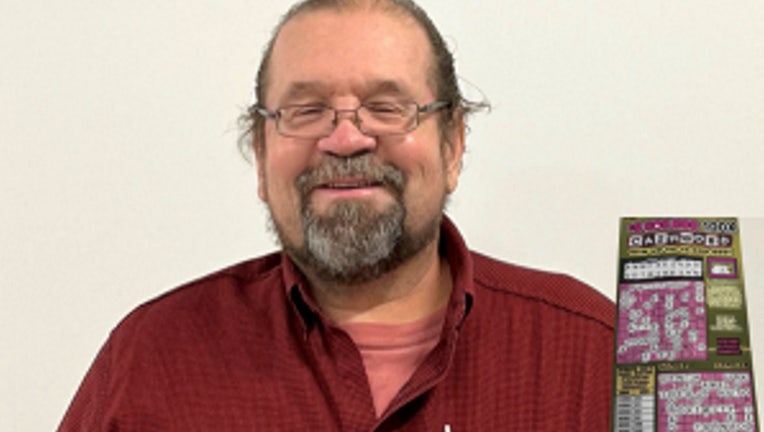 ATTLEBOROUGH, Mass. - A Massachusetts man recovering from open-heart surgery won $1 million from a scratch-off lottery ticket given to him in a "get well soon" card, lotto officials said.

The Massachusetts State Lottery Commission said Alexander McLeish had open-heart surgery in early November, and received a get-well card from a friend soon after that had three scratch-off tickets inside.

"As he began to scratch the 'Your Letters' area of the ticket, the first three letters revealed were A, W and M, his initials," officials wrote. "As if that wasn’t enough of a positive omen, the word that appeared on the bottom row of his winning puzzle was 'HEART.'"

While claiming his prize, he chose the cash option and received a one-time payment of $650,000 before taxes, officials said.

It's not the first time McLeish won a lotto prize on a ticket from that same friend. He said several years ago, he won $1,000 on a ticket he received as a birthday gift.