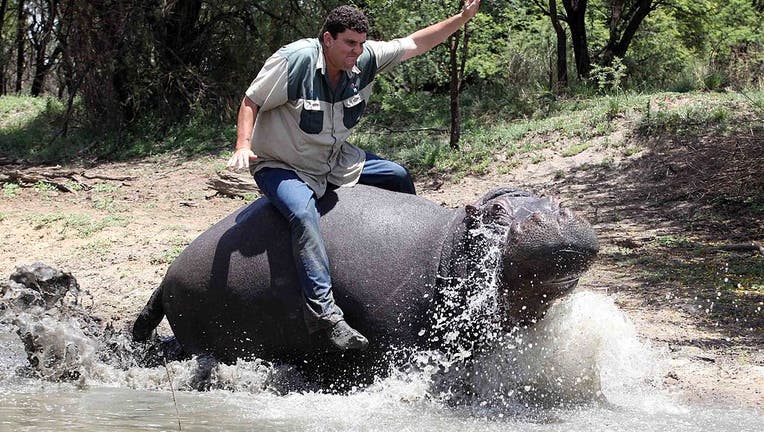 FREE STATE, SOUTH AFRICA - UNDATED: ***EXCLUSIVE***Marius Els with his pet hippo Humphrey at his farm in Free State, South Africa.In the wild west frontiersmen rode horses, in ancient India warriors were known to mount elephants and in parts of Afric

A South African farmer was reportedly mauled to death on Sunday by his pet hippo, which he had previously referred to as "like a son to me."

Marius Els, who lived in the Free State province of South Africa was found dead in a river, having been bitten repeatedly by the animal.

Els, 40, had adopted the hippo, whom he had named "Humphrey," when it was found as a calf. Earlier this year footage of Els riding the more than 2,000-pound beast went viral.

The South African said that "Humphrey" had responded to his calls, enjoyed playing with him, and that he would even brush the hippo’s teeth. 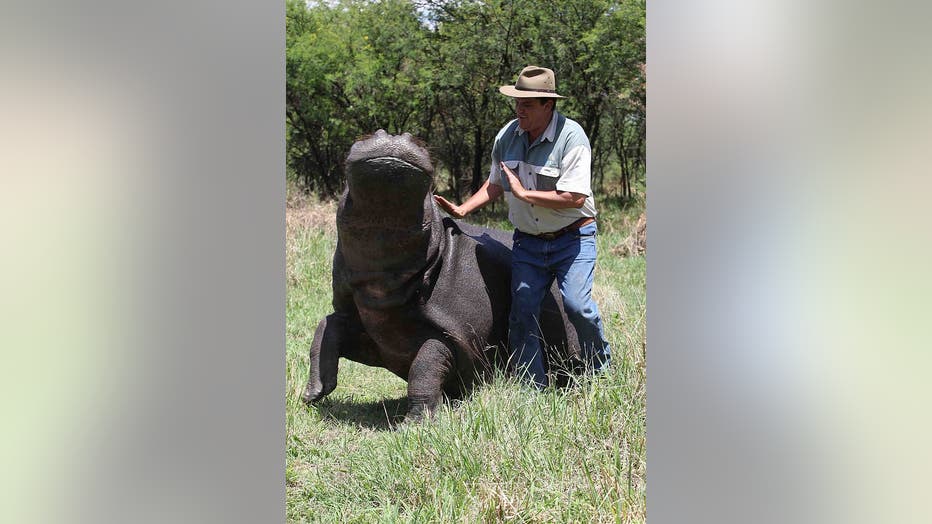 "It’s a little bit dangerous, but I trust him with my heart that he will not harm anybody," Els said, according to Daily Mirror. "I can swim with him. I go in the water. He allows me to get on his back, and I ride him like a horse. He swims with me."

An ambulance spokesman told the Daily Mirror that paramedics found Els immersed in a river and "had been bitten several times by the animal." It was unclear how long he might have remained in the water.

Get updates at FOX News.com