Man dies after being mauled by dogs in Huffman

FOX 26 Reporter Damali Keith spoke with members of the victim's family who says the dogs owner should face charges.

HUFFMAN, Texas - A man who was mauled by dogs in his Huffman neighborhood earlier this month has now died.

A neighbor found Nicolas Vasquez pinned in the ditch with three dogs on top of him, attacking him. That was June 9, 2022. After 10 days in the hospital, Vasquez has died.

Now loved ones and some neighbors want the dog owners charged.

"When you know they’re barking, chasing people, you should do something about it. When you just sit in your air-conditioned house and do nothing, that’s negligence" says neighbor Calvin Stoy, who stopped the dogs from attacking Vasquez.

"I thought I heard a moan. I heard the dogs barking. So I went to the corner of my yard here, and I heard another moan," Stoy explains.

When Stoy went over to the ditch and shined his flashlight, three dogs, each a pit bull mix, ran off and Stoy called 911 when he saw his neighbor had been mauled by the dogs. 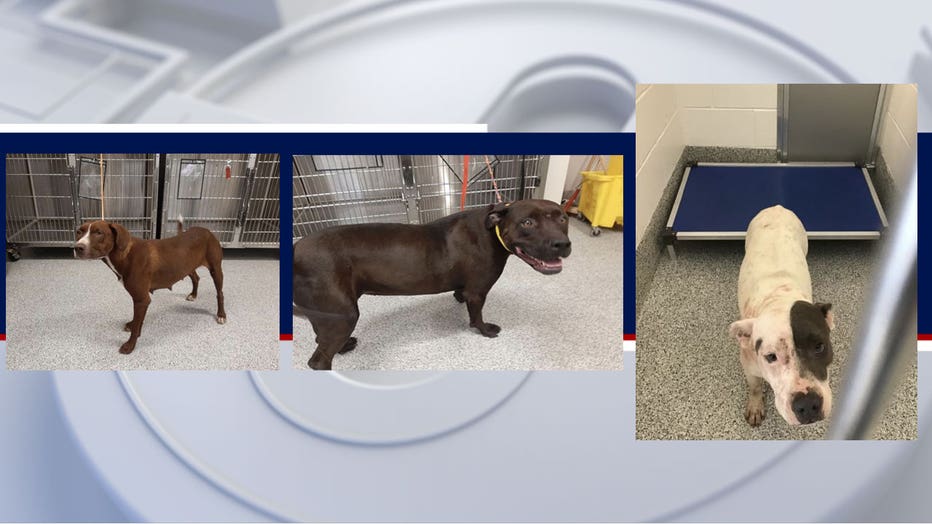 Photos of the dogs involved

"They pretty much were eating him at that point," adds Kelly Vasquez, who says her uncle suffered dog bites on nearly every part of his body and had to have his legs and an arm amputated.

"His body couldn’t take it anymore," his niece explains.

"I just want justice from the law. This shouldn’t have happened. He was a nice person to everybody. Everybody knew him," says Kelly’s mom Maria Castillo, who is Nicolas Vasquez’s sister-in-law.

Some residents in the Huffman neighborhood say that was the first time they saw one of the dogs, which belongs to a neighbor, roaming free. But they say two of the dogs, belonging to a different neighbor, were often wandering the neighborhood, and had actually bitten Vasquez on his ankle less than two months ago.

"Yeah the dogs would attack kids, and they used to just bark and stuff," adds Kelly Vasquez.

Animal control has taken the dogs. Some say they want the dog owners charged with a crime.

"Yes they should. They should be charged," says the grieving niece.

"First of all, it’s a crime to let your dogs run loose like that. I think he should face manslaughter," Stoy adds.

The Harris County Sheriff’s Office says investigators will meet with the District Attorney's Office to decide if anyone will be charged.