PHOENIX - A man jumped out of a Southwest Airlines airplane that was taxiing around Phoenix's Sky Harbor International Airport on the morning of Saturday, Dec. 4, the airline said.

At around 8 a.m., flight 4236 coming into Phoenix from Colorado Springs experienced a 30-year-old man jumping out of a door from the back of the plane and locking himself in the fire department nearby, said Capt. Todd Keller with the Phoenix Fire Department said.

The airplane's captain stopped the plane and contacted air traffic control, said Dan Landson with Southwest Airlines. Authorities arrived on the scene and the rest of the flight's passengers were able to get to their gate.

"After a few minutes firefighters were able to get the adult male to unlock the door where he was then evaluated, treated and transported to a local hospital for a lower extremity injury," Keller said.

It's not known why the man jumped out of the plane or what the extent of his injury is.

Hours later, Phoenix Police identified the man as Daniel Ramirez. He's being booked into jail on suspicion of two counts of felony trespassing. 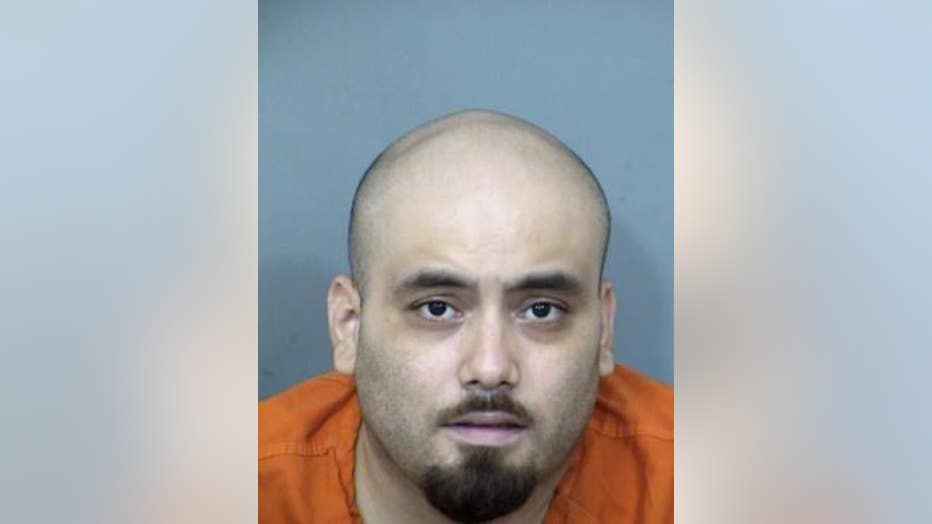 Phoenix Police said of the incident, "We are aware of this incident, and at this time the investigation is ongoing."

Keller with Phoenix Fire says the incident, although unexpected, was handled well by those involved.

"They were in constant communication as soon as this person was on the runway. Sky Harbor control tower had eyes on him the entire time and that’s how they notified us. It just shows you how much of a well-oiled machine they are out there," Keller said.

Travelers respond to the ordeal

April and Sean Kelly flew in from Oregon and they're wondering why would somebody do this – saying, "why and how, I mean, how would you jump off a plane?"

Billy Richardson from Denver remarked, "I would actually look to the stewardess and the people on the flight to help. I would expect that they would have been trained to know their job."

Gary Keys who is also from Denver, says, "I would basically just disarm them and put them down in about less than 30 seconds. You have to take action …"

Dealing with unruly passengers is a growing issue. As of late fall, Sky Harbor staff and police have responded to nearly 3,000 calls of disruptive customers and assaults.