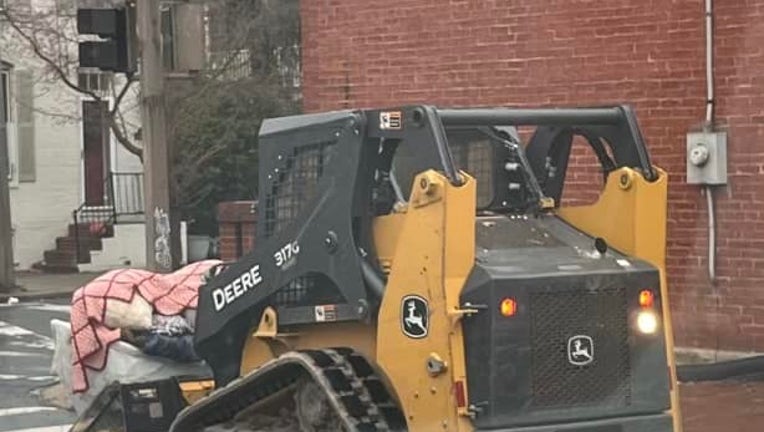 FREDERICK, M.d. (FOX 5 DC) - A man was charged after driving a John Deere track loader through the streets of Frederick and refusing to stop on Saturday.

Frederick County Sheriff's Office deputies were called to assist the Frederick Police Department with a person in crisis.

Deputies assisted with shutting down roadways and attempted multiple times to get him to stop driving, and he refused.

The driver advised he was driving to the Frederick County Adult Detention Center.

Once on Marcies Choice Lane, the track loader stopped and the driver was given verbal commands to exit the track loader. He complied and was taken into custody without incident.

Deputies transported the driver to Frederick Health Hospital for an evaluation and the tractor was returned to the farm in Walkersville at the owner's request.

The driver was charged, by citation, with multiple traffic charges including fleeing and eluding.