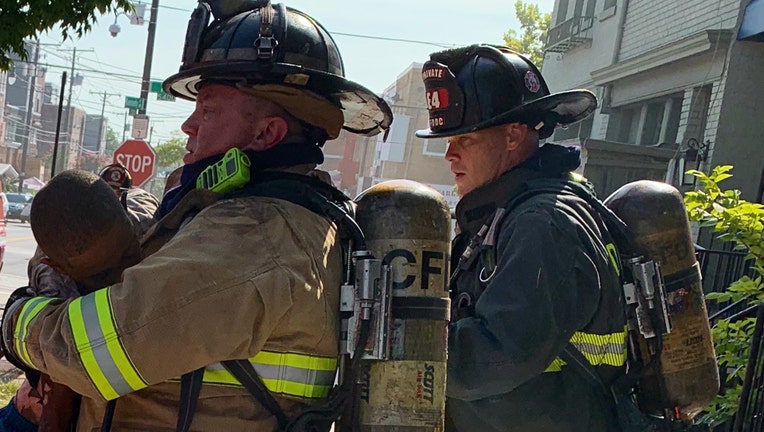 Firefighters pull a boy from a house on fire Sunday morning in the 700 block of Kennedy Street, Northwest. (Courtesy D.C. Fire Dept.)

WASHINGTON - D.C. firefighters say a man is dead and a child is in critical condition after getting pulled from a house fire Sunday morning in Northwest.

The blaze started around 10 a.m. Sunday in the 700 block of Kennedy Street, Northwest in the Brightwood neighborhood.

The house is a row home in the middle of the block. Firefighters say the fire started in the basement before rising to the upper two floors.

They took the man and boy to a nearby hospital, where the man later died of his injuries. The boy remains in critical condition.

Firefighters say another five people were displaced by the fire. The cause of the fire is under investigation.