GAITHERSBURG, Md. - Montgomery County police said a man attempted to kidnap a teenage girl as he tried to put a bag over her head on her way to school in Gaithersburg.

Police said a Watkins Mill High School student was walking nearby the Cider Mill Apartments to her bus stop on Lost Knife Circle at around 7 a.m. Monday when she was suddenly approached by a man from behind who told her to "shut up." The victim told police he then tried to put a black bag over her head.

The girl screamed and the suspect took off. She was able to make it to school where teachers called police.

"It's very concerning," said Montgomery County Police Officer Rick Goodale. "Until detectives can identify this individual, they are not sure what his motive is."

The school district also sent students home with a letter asking parents to talk to their children about staying alert and not walking with headphones on.

"In this particular case, by her making noise, it frightened the individual off," said Officer Goodale. "He may have been in fear of being identified and fled, so that worked out for her in this situation. So if anybody is in a similar situation, if you can make noise and bring attention to what is going on, you have a better chance of us being able to identify the suspect."

The suspect is described as a black male in his mid-to-late 30s. He stood around 5'5" tall with a medium build and had a goatee. He was wearing black pants and a black-hooded sweatshirt with a red logo.

Investigators are not sure if he was on foot or got away in a car.

Police are now stepping up their patrols in the area. 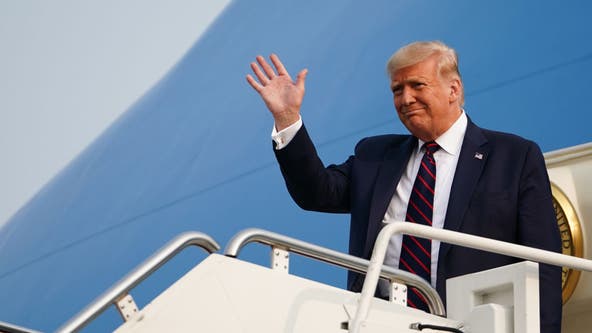