A Montgomery County Circuit Judge ruled Thursday that the 17-year-old suspect arrested in the January shooting inside Magruder High School will be tried as an adult.

MONTGOMERY COUNTY, Md. - A Montgomery County Circuit Judge ruled Thursday that the 17-year-old suspect arrested in the January shooting inside Magruder High School will be tried as an adult.

His attorney’s request to have the case moved to the juvenile system was denied.

The court documents and a mugshot of the teenage suspect were also made public on Thursday. 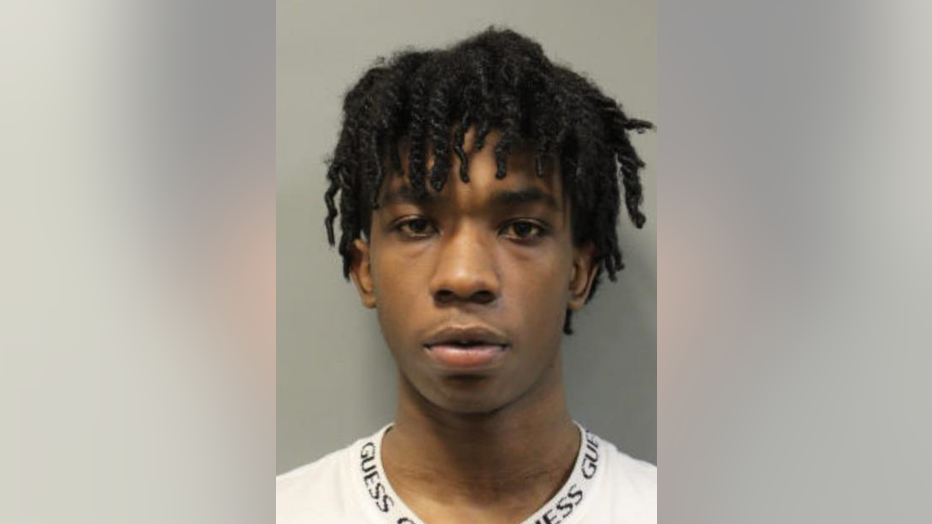 According to those court documents,  Steven Alston Jr. told police he took the handgun to school, "because he was worried, he was going to get jumped." The 17-year-old student admitted to going into the high school bathroom armed, claiming the victim was allegedly there with friends waiting.

"This is a very disappointing decision. Steven is a young man who has never been in any trouble," said the 17-year-old’s Attorney David Felsen, "The victim, in this case, admitted that he had beaten up my client several times. That was played as evidence in the motion. We’ll have to deal with that one when the time comes."

"I think this went beyond, I wouldn’t characterize this as a classic bullying case," said States Attorney John McCarthy when asked about the bullying allegations. He also said that’s for a judge and jury to decide.

"I do think that what Judge Boynton did today was absolutely appropriate. The message I guess in this case is we are on the right road to accountability to the person who brought violence to the school," McCarthy added.

The shooting happened inside Col. Zadok Magruder High School back on January 21.

At the time, police and prosecutors said the 17-year-old suspect pointed a 9mm ghost gun at the victim’s head and that the gun went off as the victim — a then 15-year-old Magruder student — tried to push the firearm away. Alston then reportedly hid in a classroom as the school went on lockdown. He took the gun apart and was found by police two hours later.

The victim, now 16-years-old, was identified by family as 10th grader DeAndre Thomas.

Thomas’ mother told a judge earlier this week that her son was on life support in a coma for three weeks, according to prosecutors. The victim’s mother also told the judge her son was due for a 10th intense surgery in the coming months.

During a Thursday hearing, Circuit Court Judge David Boynton told attorneys he found Alston had displayed "adult-like behavior" and that in his assessment, the shooting  was "premeditated and planned." The judge also noted Alston hid purchased ghost gun parts from his family.

Students tweeted about Magruder HS shooting instead of calling 911: police

Alston was said to have an IEP in school. However, no mental diagnosis for Alston was given in a Department of Juvenile Services Assessment, which was also part of the multiple factors considered in Judge Boynton’s decision to keep Alston charged as an adult.

When asked, aside from what the judge said, why McCarthy thought the case should remain in the adult system, the States Attorney told FOX 5, Maryland’s juvenile system is, "not in good shape."

FOX 5 also learned from McCarthy that the juvenile program usually holds a youth suspect for 6-9 months before release, claiming the recidivism rate is sometimes 80-90%.

This case will involve other student witnesses. Charging documents mention a "friend" who helped Alston put the ghost gun together. Police also said that other students in the bathroom at the time had tweeted about the shooting but never called 911. No one else has been charged.

A Montgomery County Public Schools Spokesperson told FOX 5 via email, "This is a matter under police investigation and we cannot respond to any specifics. It is important that any student who experiences bullying report it immediately to school staff or by filing a report via the process outlined on this website."

Alston is due again in court in June.